Home Anime Ayame Kajou Is on a Streak This Week

Ayame Kajou from the anime adaptation of Hirotaka Akagi’s Shimoneta to Iu Gainen ga Sonzai Shinai Taikutsu na Sekai (Shimoseka) light novel series is back once again committing crime and has been featured as a poster in the September issue of Megami. This issue can be purchased here. 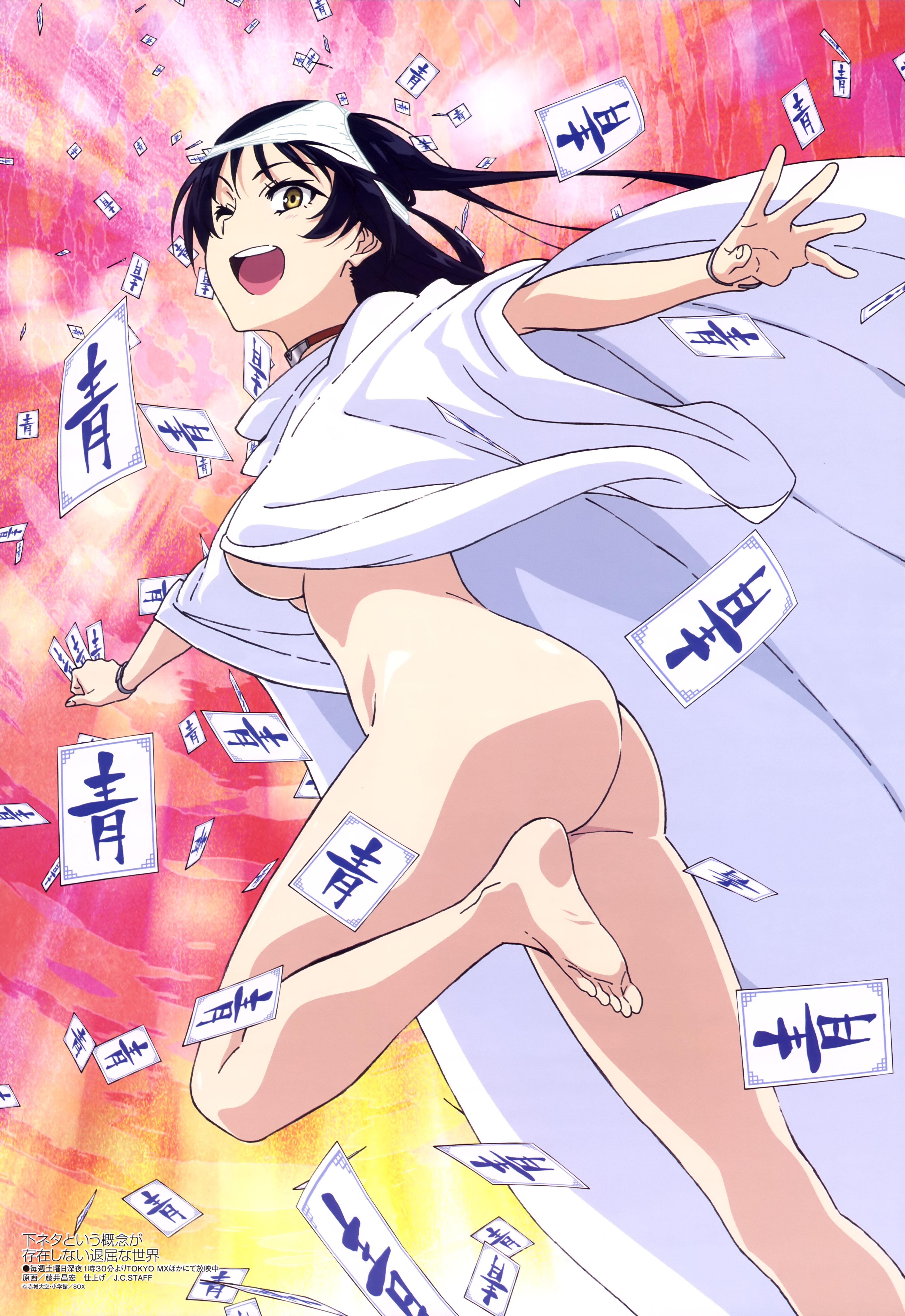 She was also seen committing more terrorism as a poster in the Megami Magazine Special issue. This magazine issue can be purchased here.

In other news, the series recently taken out a full-page ad in Japan’s largest newspaper, the Yomiuri Shimbun, to promote the anime’s cast theme song singles and first Blu-ray / DVD volume release.