Bandai have announced they will be selling two new special, adorable plushies of Agumon and Patamon in celebration for the 15th anniversary of the Digimon Adventure anime.  The two will be sold as a set on their Premium Bandai store. 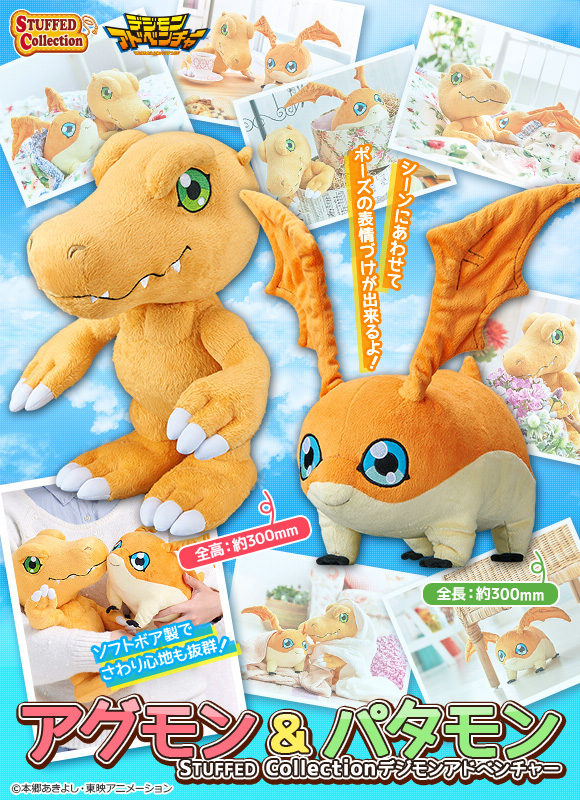 The two plushies will be sold as a set. Both are approximately 30cm tall and will costs ¥11,448 (~ $95.20 USD), tax included. The toys themselves are made in China and each user can only order 3 sets at a time. Unfortunately orders for the plushies are close, and ship in this June. 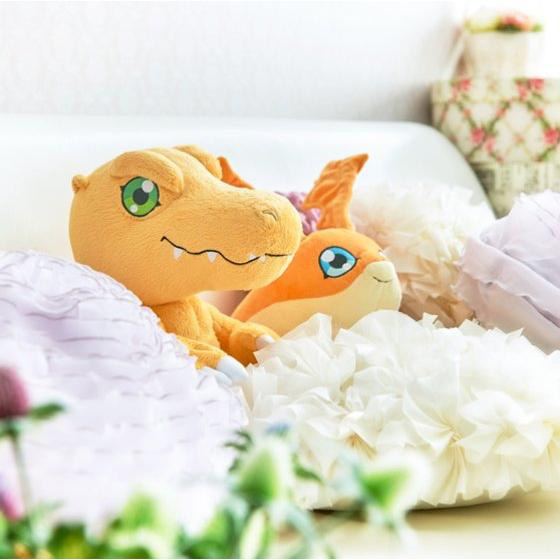 Here are more images of the Agumon and Patamon plushies: 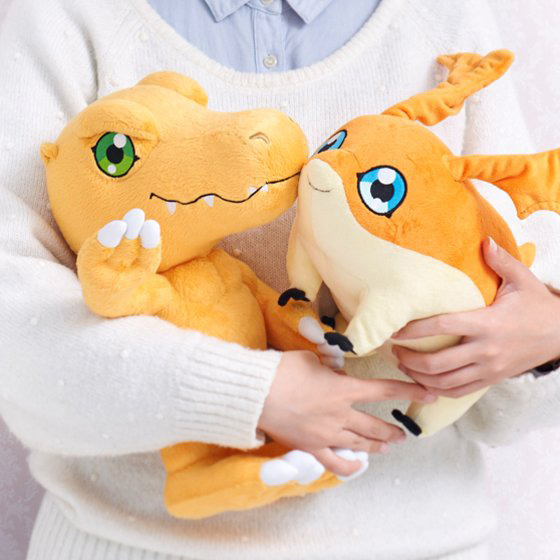 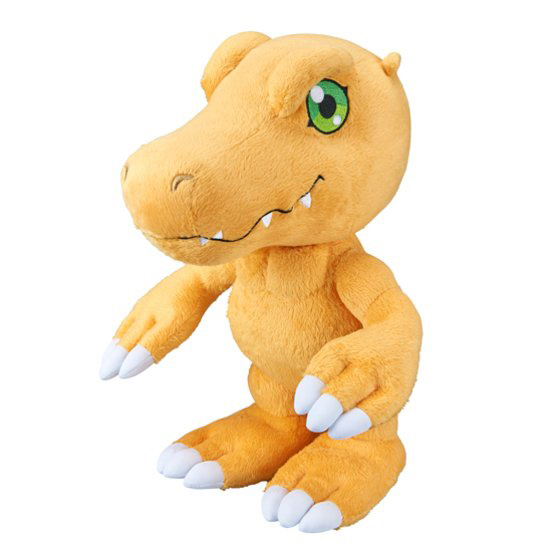 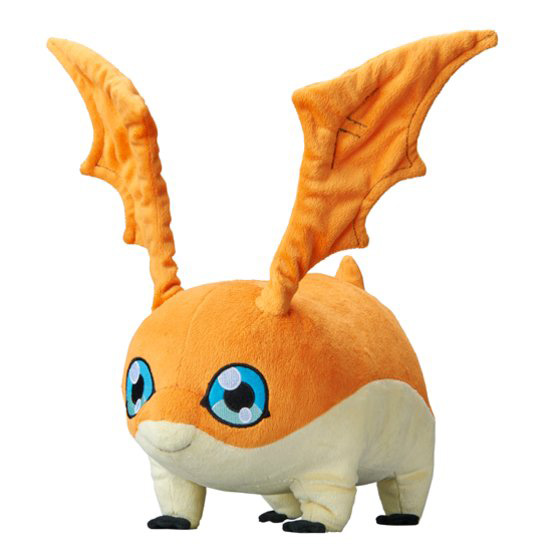 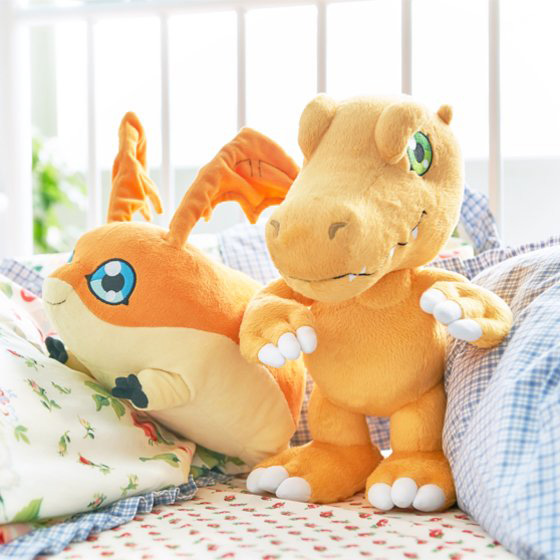 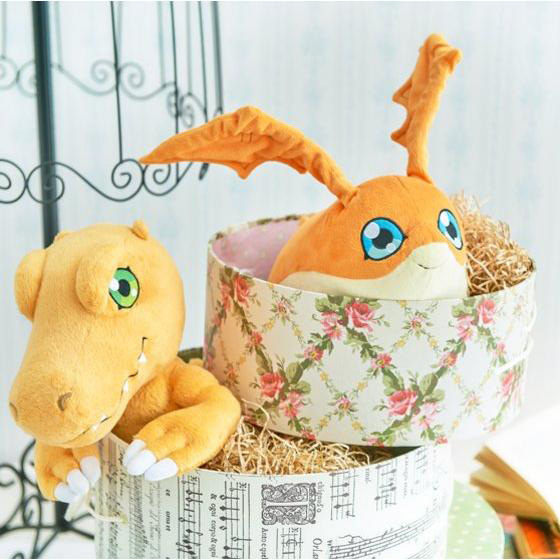 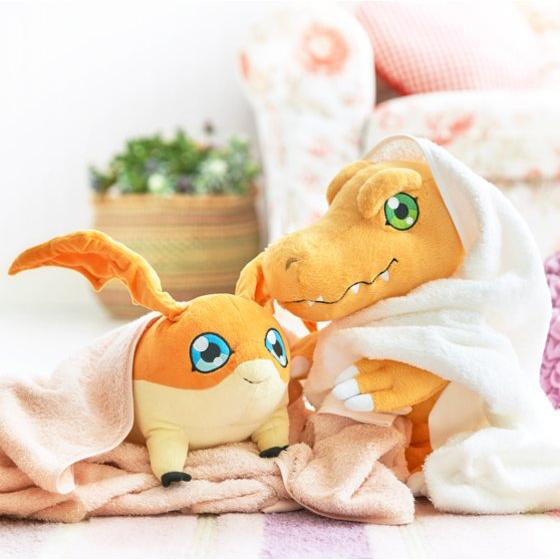 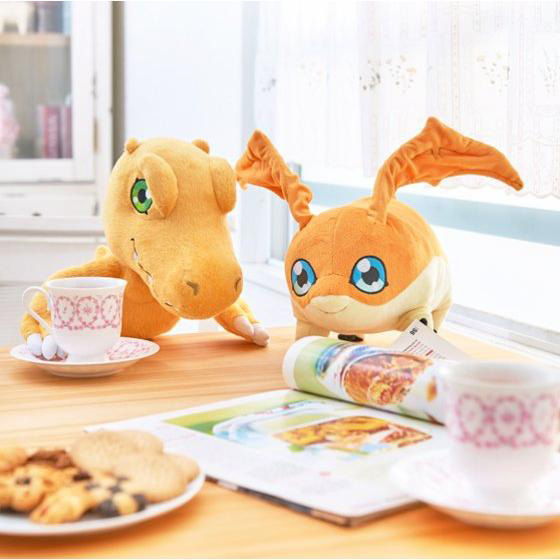 Digimon (Digital Monsters in Japan) is a large multimedia franchise that was based on Bandai’s Digivice products, which first released in 1997. The toys were based on Tamagotchis, which were also produced by Bandai. The toys were seen as more female orientated products, so Bandai created a new line of products for a male equivalent. The first anime adaptation, Digimon Adventure, was produced in 1999 by Toei Animation (Dragon Ball Z, One Piece). A film and TV anime were released alongside each other in 1999, the movie being a 20 minute anime produced by Mamoru Hosoda (Wolf Children, The Girl Who Leapt Through Time). Since then there has been numerous anime series, toys, figures, manga, video games and trading card games in the franchise. And 2014, marks the 15th anniversary of Digimon Adventure with a new anime titled Digimon Adventure tri. airing this Spring.

Seven kids are transported to the Digital World, a strange place where digital creatures called “Digimon” reside. A group of Digimon soon befriend them and keep the kids out of harm’s way. The children then discover they are the Chosen Children, which protect the Digital World from evil Digimon like Devimon and Vamdemon. 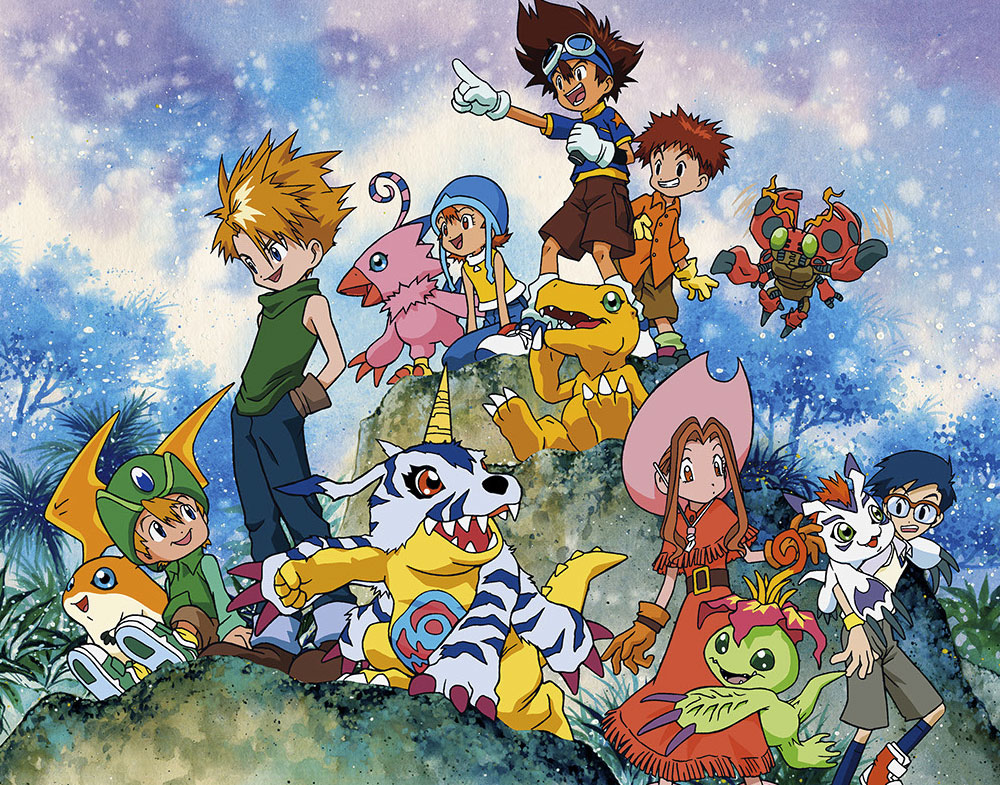 Pre-orders for the Agumon and Patamon plushie set are now closed, and for those that have ordered, the product will be shipped this June to Japanese addresses only. Stay tuned for any additional Digimon related products.