The official website for the upcoming TV anime adaptation of Miki Yoshikawa’s Yamada-kun to 7-nin no Majo (Yamada-kun and the Seven Witches) manga series revealed the second visual before its Sunday premiere. 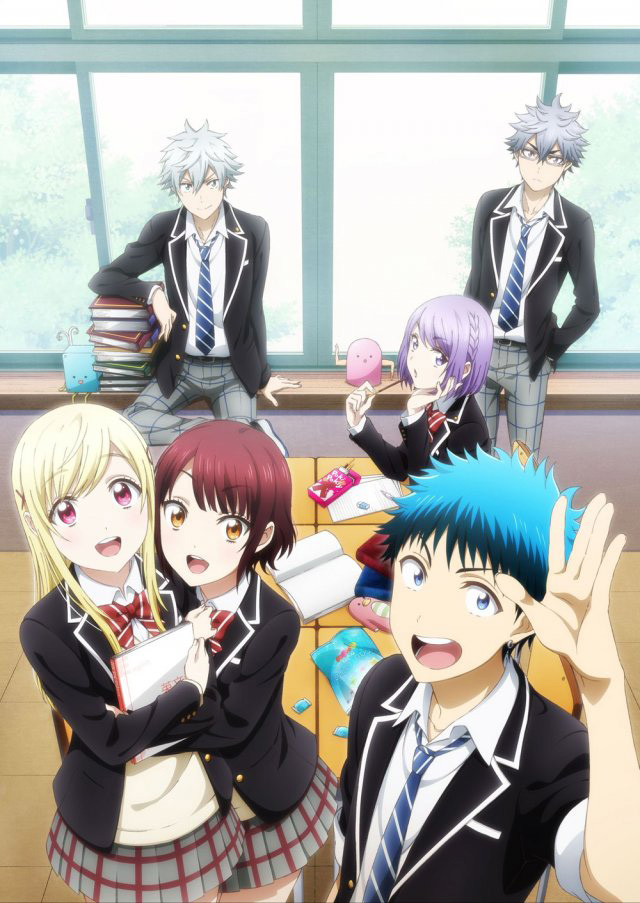 Yamada-kun to 7-nin no Majo (Yamada-kun and the Seven Witches) will premiere in Japan on April 12 at 11:30 p.m. on Tokyo MX. A special program will air ahead of the broadcast on April 5 and 6.

Here is the first PV:

The series itself received an online OVA adaptation in 2013 on August 25, and 2 additional OVAs have been announced to be released in the upcoming release of the manga’s volumes. The upcoming TV anime will have the same cast as the OVAs, which includes: