Capcom has revealed more information regarding the previously-revealed Attack on Titan arcade game. The four-player co-op game is titled Attack on Titan: Team Battle and will begin operation in winter 2016 during this year’s Japan Amusement Expo, which runs from February 19 to 20.

Attack on Titan: Team Battle is a four-player network co-op action game where players make use of the 3D Maneuver Gear to zip around the skies and kill titans one after the other. Of course, you can also play solo. 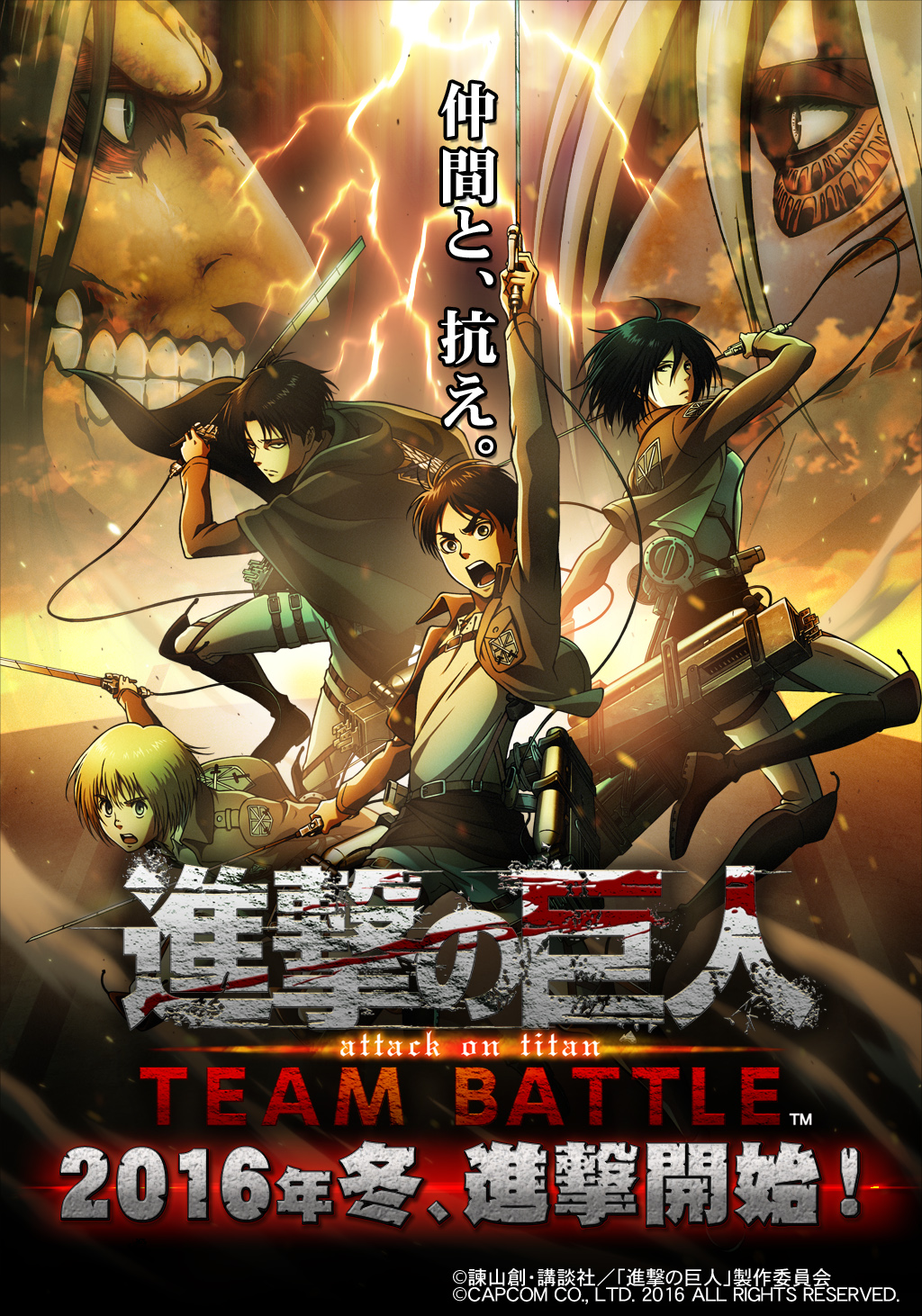