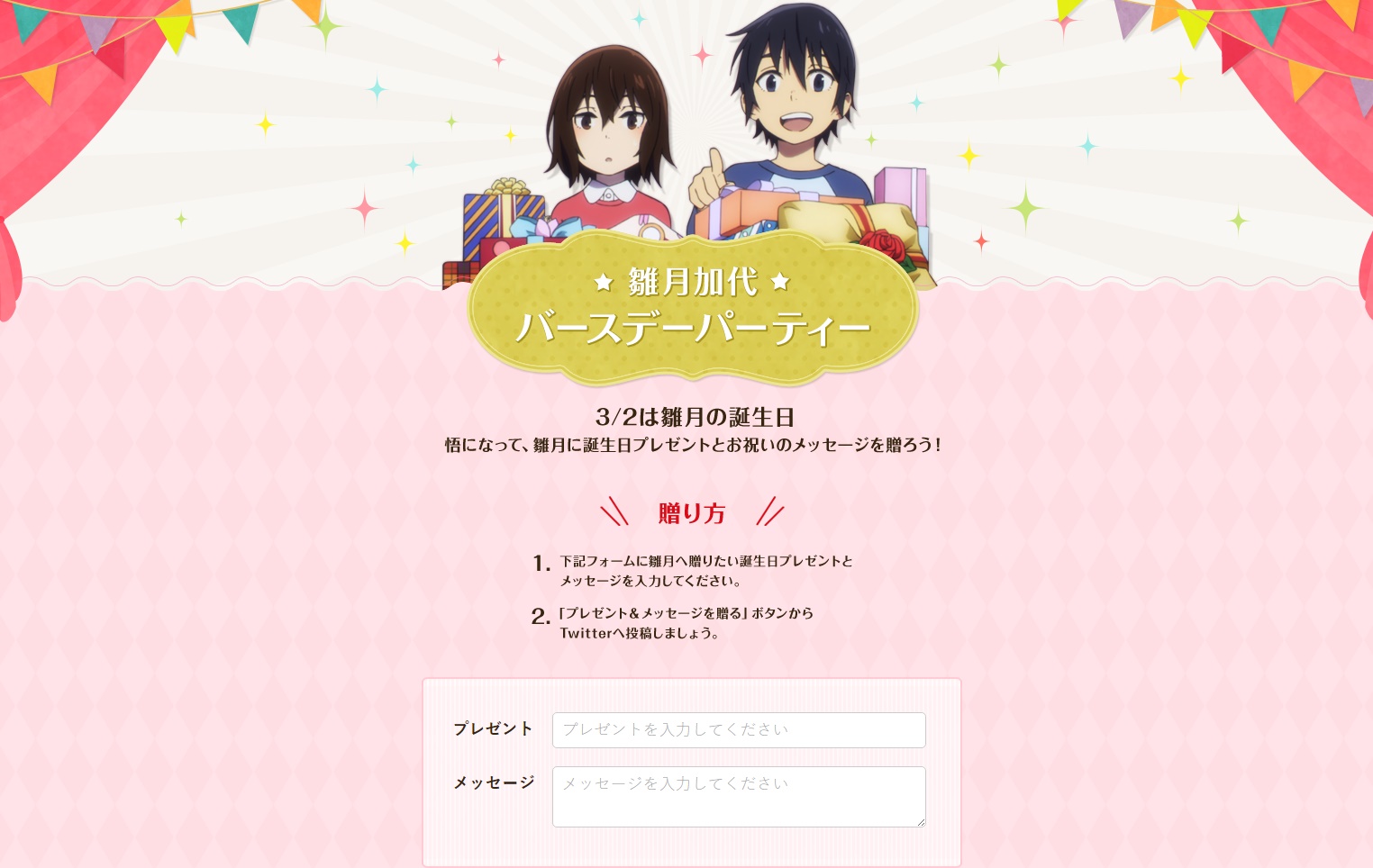 In addition to this, the director, Tomohiko Ito (Sword Art Online, Silver Spoon), has announced on the anime’s official Twitter account that the series will adapt the manga’s original ending which ends in March.

The Boku dake ga Inai Machi manga itself has yet to end, where a total of 7 volumes has been released. The next chapter of the manga will release in Kadokawa’s Young Ace magazine on March 4. The anime itself will run for a total of 12 episodes, finishing its broadcast on March 24th.