Home Anime Celebrate the Summer Festival with the Libra Gang

With the Kekkai Sensen finale still delayed, at least we get new wonderful visuals to look at. A new visual featuring characters from the Libra organization has been featured as a poster in the August issue of the Japanese anime magazine Animedia. You can purchase this issue of Animedia magazine here. 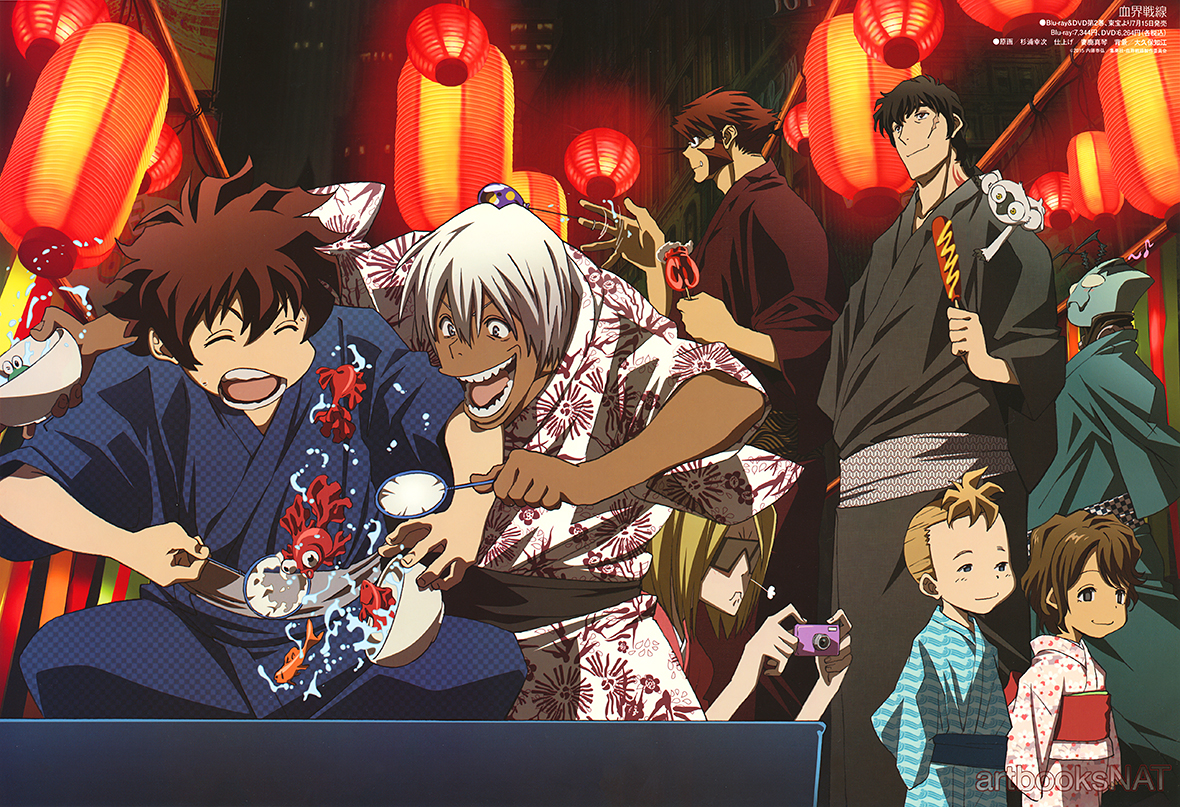 Another new visual was revealed in the latest issue of PASH! Magazine has featured a poster with Steven A. Starphase and Klaus Von Reinhertz preparing a feast for the gang at Libra.