An anime adaptation for a cheer-leading novel, Cheer Danshi!! (Cheer Boys!!) has been announced by the opening of the anime’s official website, along with its staff, main cast and promotional video. The TV anime is slated to broadcast this July 2016 (Summer Line-up).

The 496-page novel was written by Ryou Asai and was released on February 20, 2013 under Shueisha. It is about a first-year university student, Haruki, who has quit Judo after realizing his limitations by being compared with his older sister. Then, he was invited by Kazuma to create a cheerleading team to cheer him up! (Pun intended) The story is filled with tears and laughter that is full of excitement. 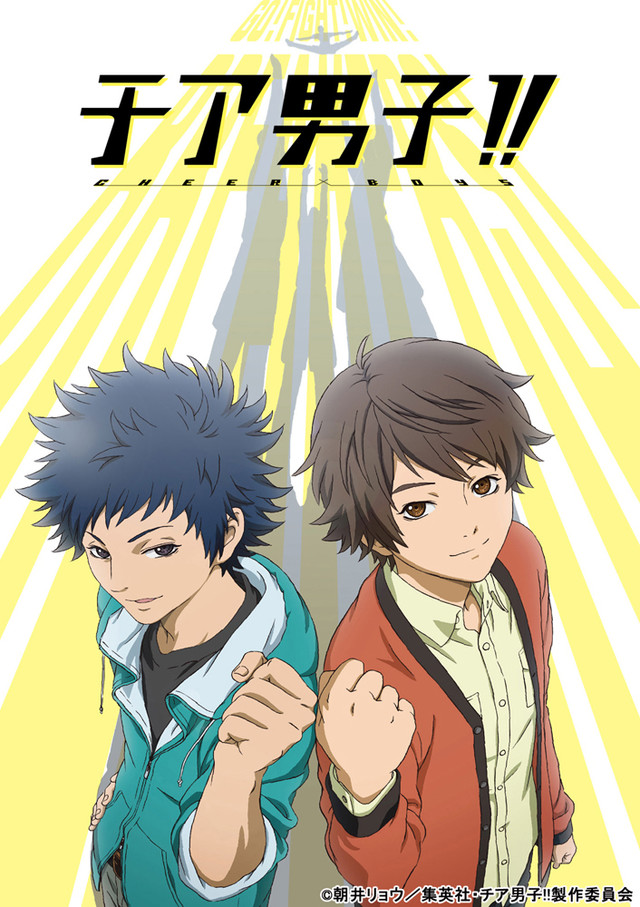