It has been revealed that the upcoming original TV anime series, Classicaloid, will premiere on Fall 2016. More production staff and cast has been announced, as well as a new promotional video. The anime was previously announced by broadcaster NHK last July 2015. 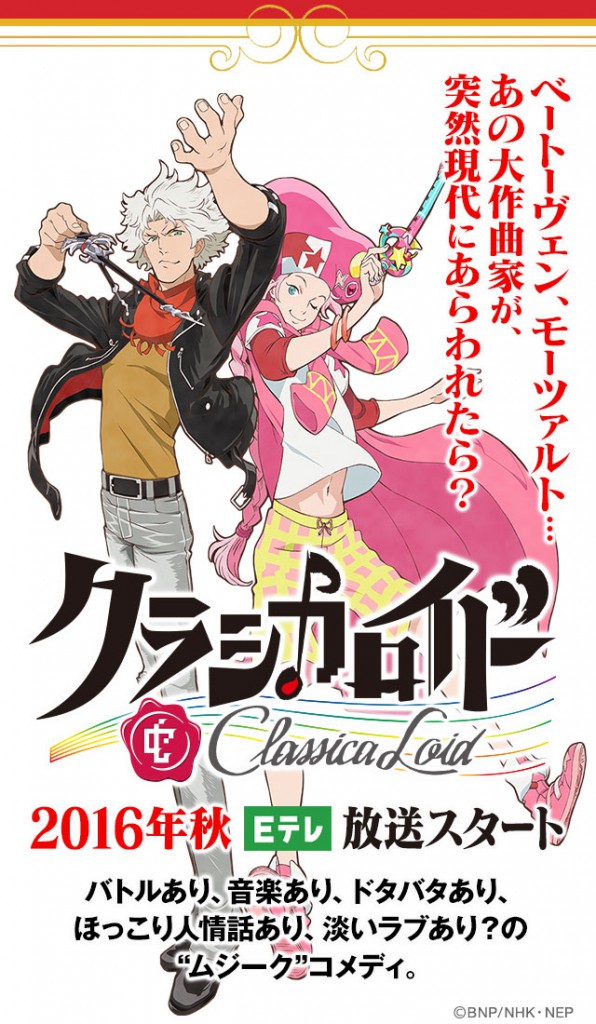 Announced characters and their draft sketches:

Synopsis of Classicaloid from MAL:

In a rural town undergoing revival through music, high school students Kanae and Sousuke meet none other than Beethoven and Mozart! Calling themselves “Classicaloids”, this mysterious duo creates a strange power through the “music” they play.

One night, stars fall from the sky and gigantic robots appear, causing trouble every single day! Bach, Chopin, Schubert also appear as Classicaloids. What is the mystery behind the powers they possess? Are they humanity’s friend or foe?