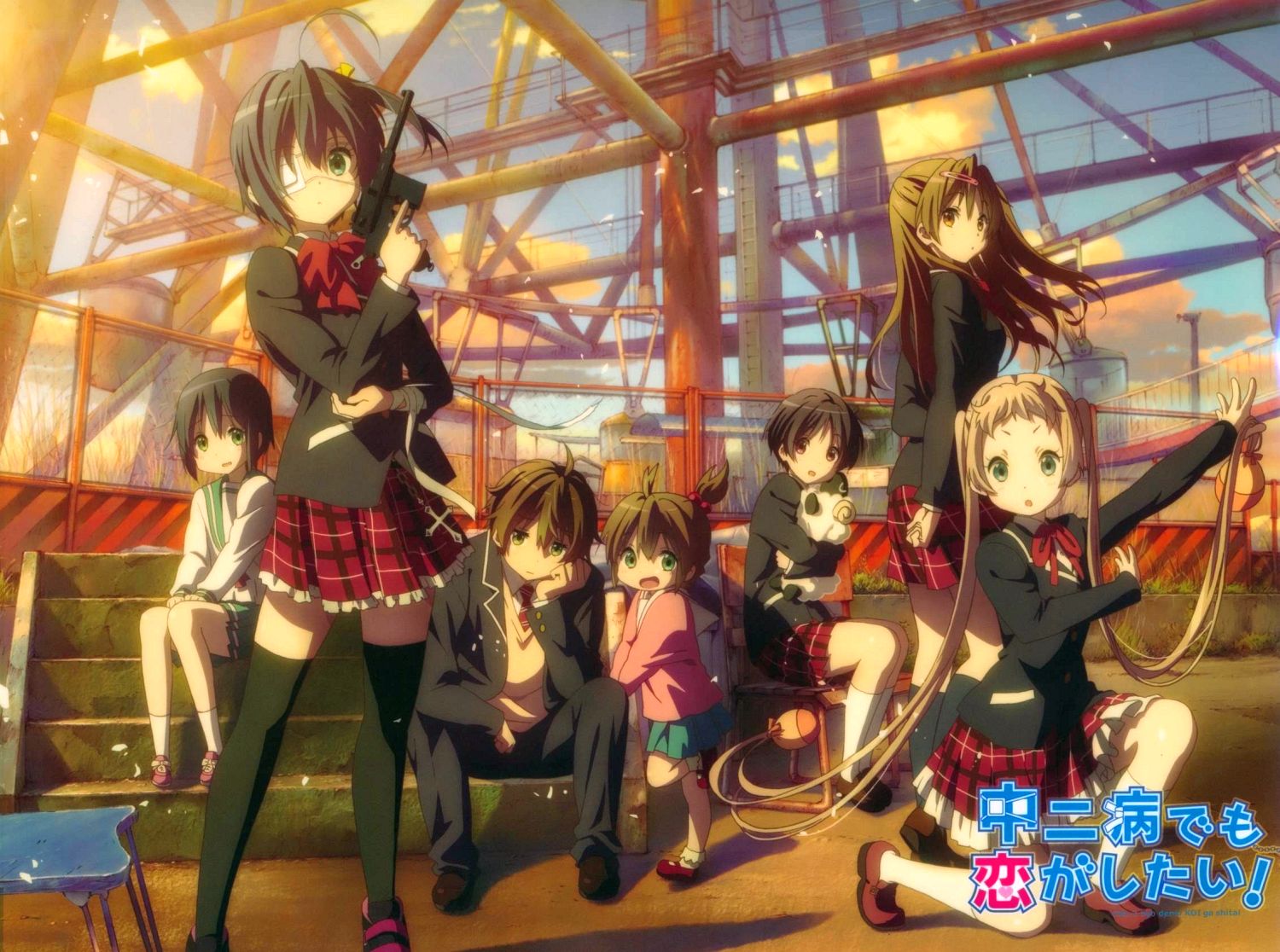 Chuunibyou demo Koi ga Shitai! Also known simply as Chu-2 for short is the latest show by Kyoto Animation studio. The studio behind several of our favorite shows such as Full Metal Panic, Clannad, Melancholy of Haruhi Suzumiya, K-ON!, and many more. What starts out as a light hearted comedy much in the same league as K-ON! or Lucky Star slowly shows to have a deeper, underlying storyline.

Currently airing, and most recently having released 9 out of 12 total episodes. In addition to this, there is a parallel OVA series running called Chuunibyou demo Koi ga Shitai Lite! in which short episodes under 10 minutes long working as fillers are shown, not progressing the storyline but providing some fun little situations with the characters. If you like comedy/drama high school anime, definitely check this one out! For those of you who follow it, tell us what you think of it so far in the comments!

P.S: Credit to Trouble for correction.