A classy visual of Eriko Itou from the upcoming Sekkou Boys TV anime has been featured as a poster in the February 2016 issue of Megami. This issue can be purchased here (get 5% off with coupon code MOE-N3Y-4YW0QK) and you can view the other posters that came in this issue here. 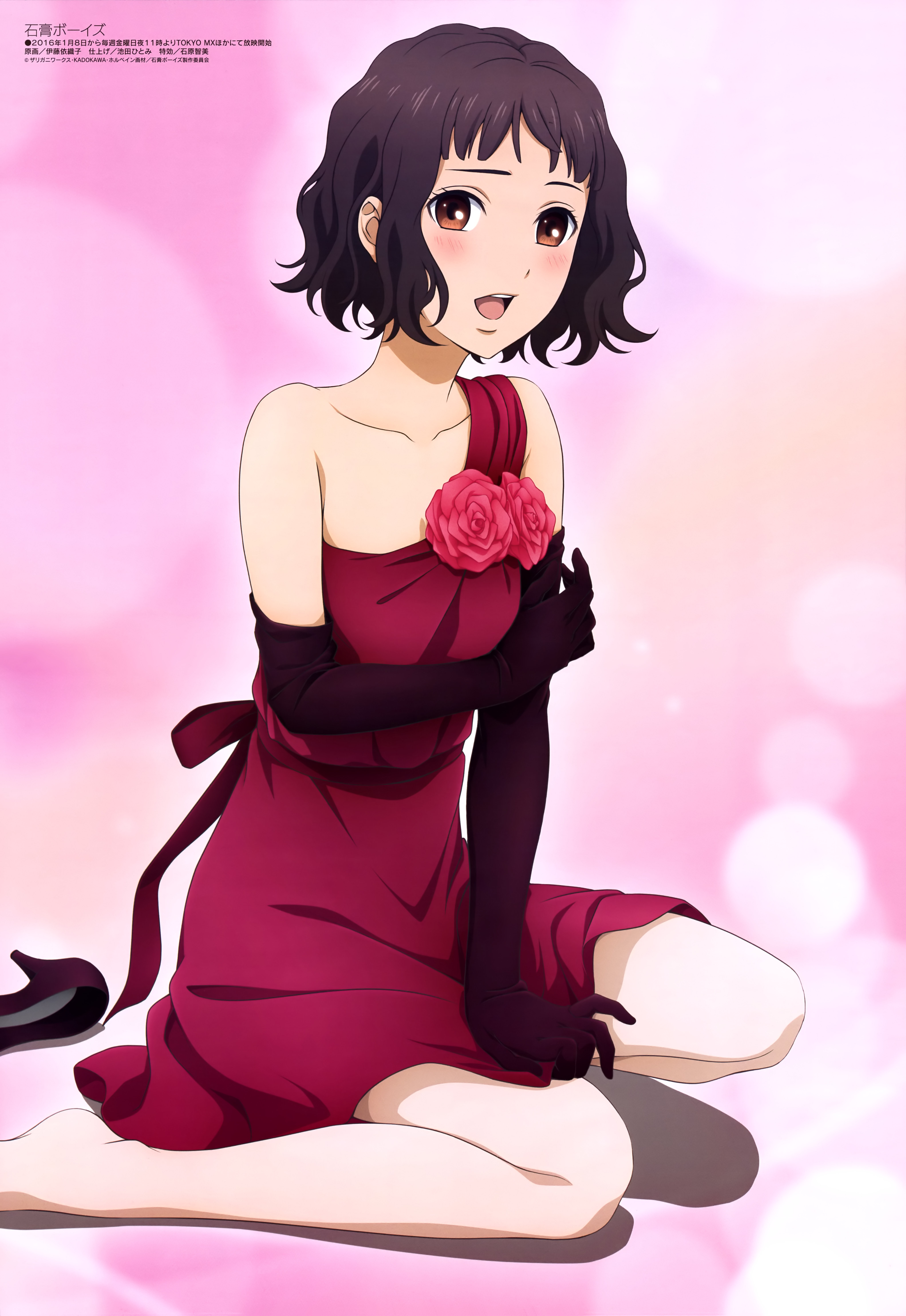 In addition, the official website for the upcoming anime has revealed the second promotional video. The series will premiere from January 8.

Here’s the announcement video which was revealed last September:

Four gypsum images with quirky personalities are part of an idol unit produced by a rookie female manager. The four members are soldier saint George, the amorous god of war Mars, the multitalent with a beautiful skin Hermes, and celebrity pioneer Medici. (Source: MAL News) Episode 1 will previewed at an event at Tokyo Culture Culture on December 26, 2015. Regular broadcasting will begin on January 8, 2016.