The character designs for Fujino Omori’s Danmachi TV anime, originally designed by Suzuhito Yasuda and adapted for the anime by character designer Shigeki Kimoto (Sky Girls), has been featured in the in the July issue of NewType. 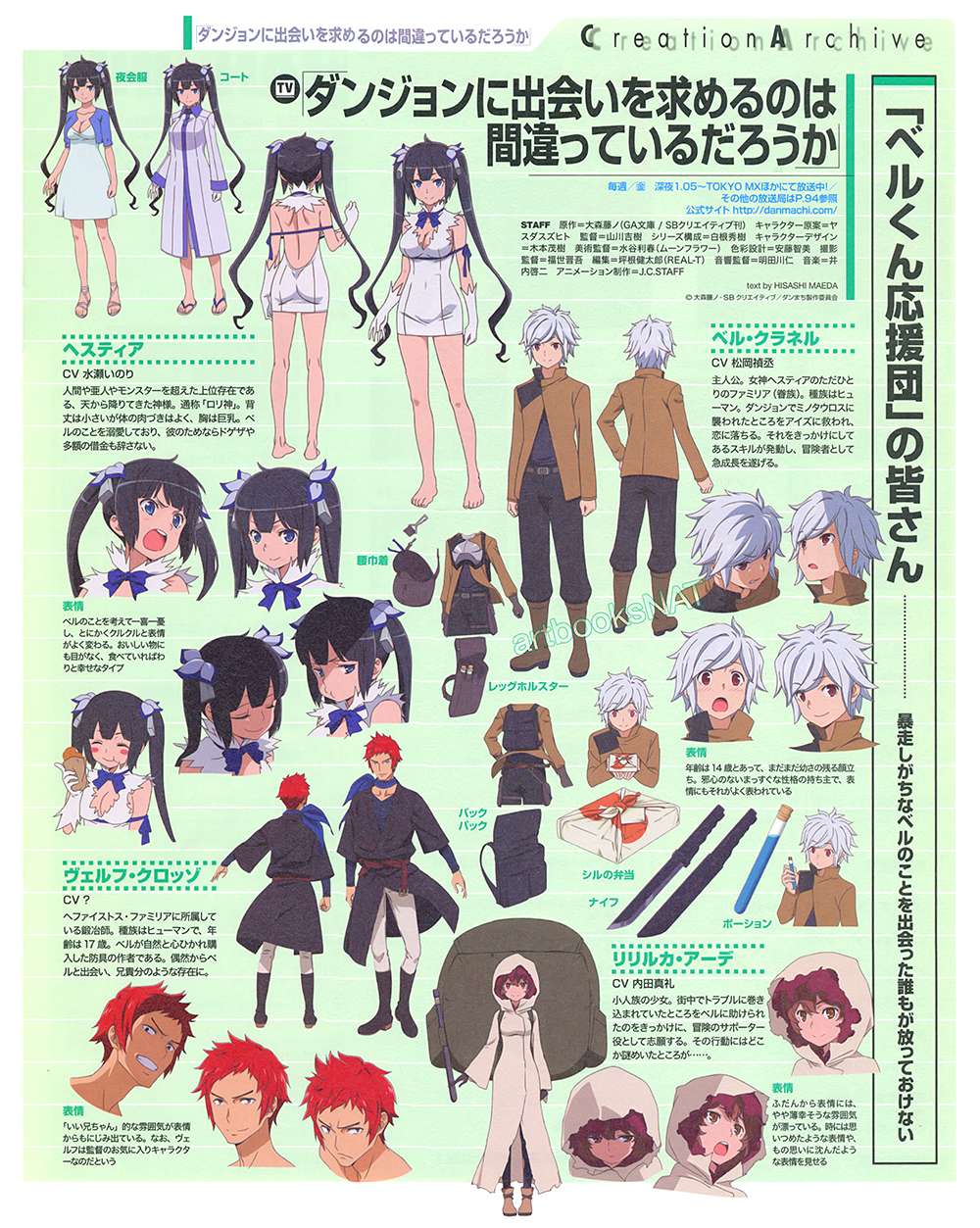 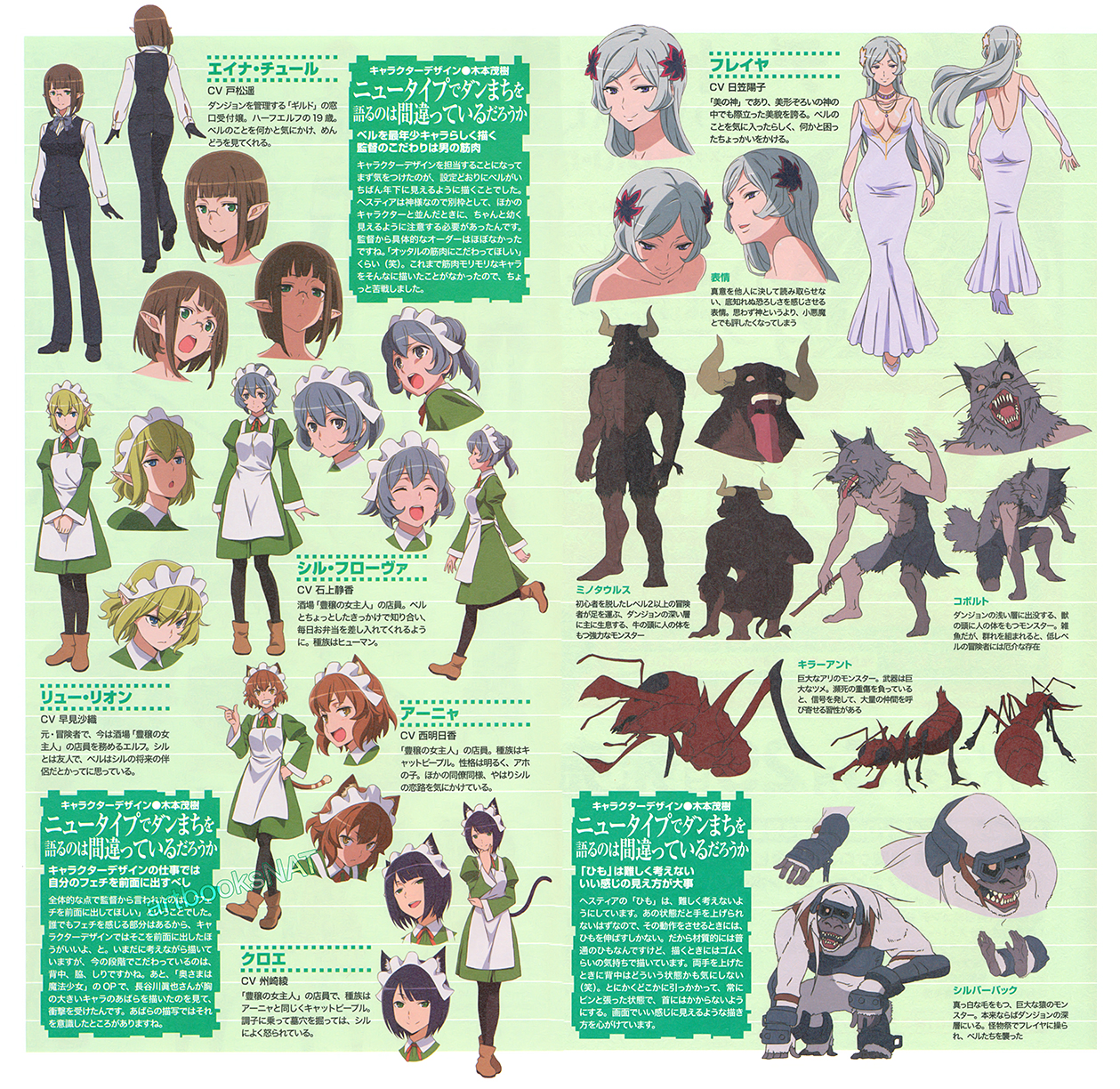 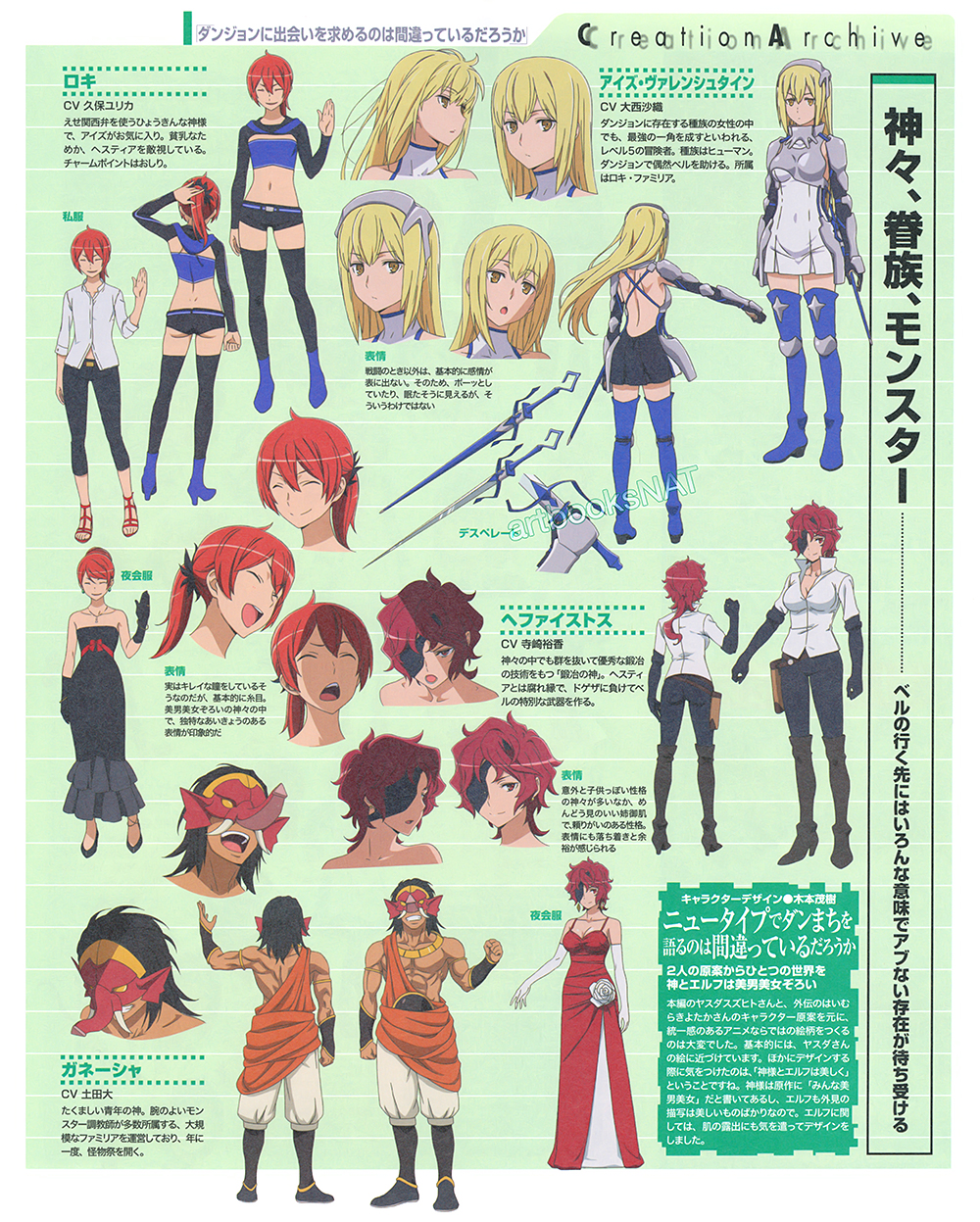 Recently a new visual featuring four of the goddesses; Freya, Hephaestus, Hestia and Loki were featured in a new visual and appear to be lazing about on a bed in July’s NewType which can be purchased here.