The official website of the 2015 Digimon Adventure sequel anime has revealed that the upcoming Spring 2015 series will be titled Digimon Adventure Tri. Additionally, the first key visual for the upcoming series was released showcasing the new designs of the characters. The first staff members were also revealed. 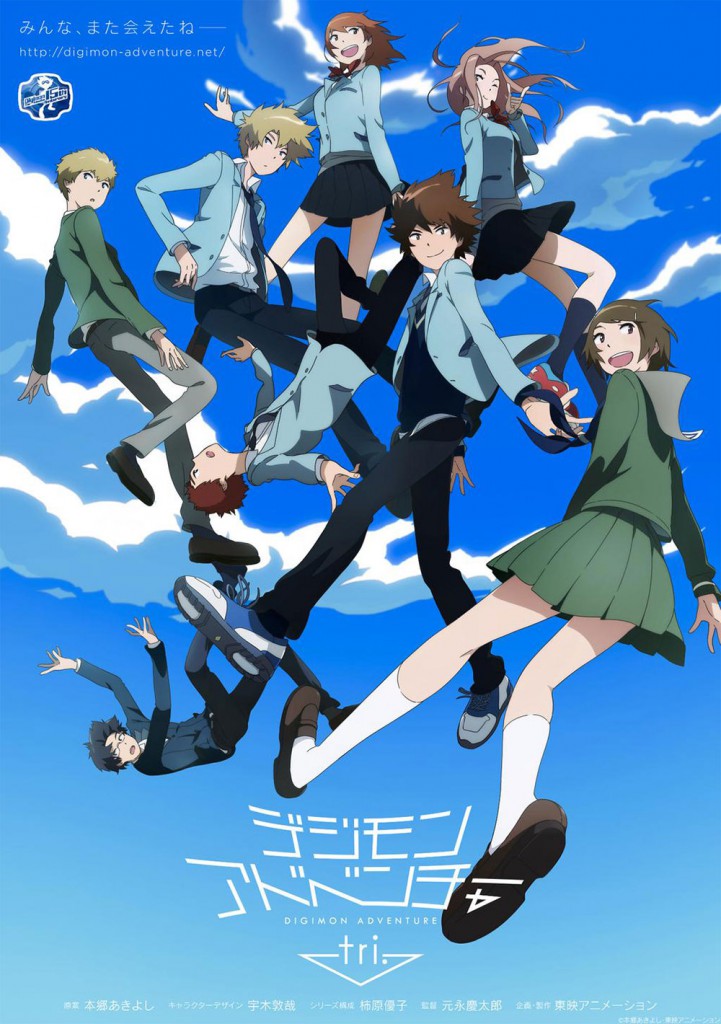 The website itself has a set of mini games where users need to click on a Digi-Egg once a day to hatch it and unlock new content for the anime. Another aspect of the reveal was the first members of the anime’s staff. The visual itself showcases the new character designs for the anime that are produced by Atsuya Uki, which were earlier teased. The revealed cast includes:

The Spring 2015 anime will be set 6 years after the end of the original series, and 3 years after Digimon Adventure 02. The newly announced anime will be produced by Toei Animation (Sailor Moon Crystal, One Piece )and follow 17 year old Tai who is currently in high school with Agumon. Toei Animation released the first teaser video about the new series:

The Digimon Adventure Tri anime will be airing from April next year during the Spring 2015 anime season. Further information about the series will be released soon.