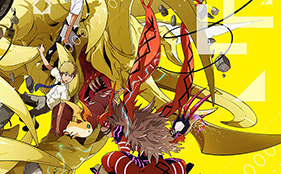 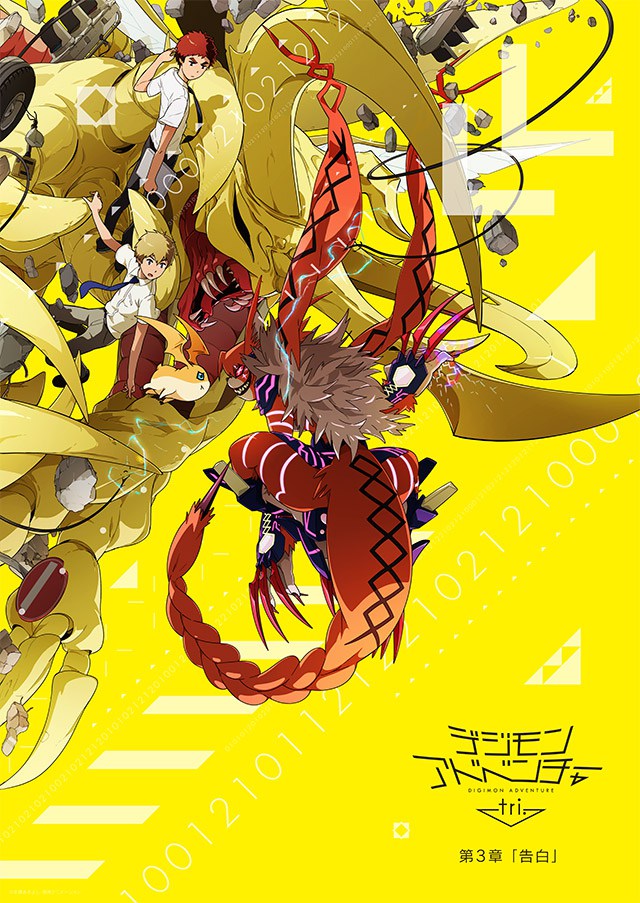 The third chapter will release in Japanese theatres on September 24th this year, containing episodes 9-12. The Blu-ray and DVD of chapter 3 will be out in Japan on November, 2nd.

The Digimon Adventure tri. series will be comprised of a total of 6 films, each film containing 4 episodes. The first film was composed of episodes 1-4 and released in Japanese theatres on December 18. The second chapter released on March 12th, containing episodes 5-8, with the Blu-ray and DVD recently released in Japan on April 2nd.

Digimon (Digital Monsters in Japan) is a large multimedia franchise that was based on Bandai’s Digivice products, which first released in 1997. The toys were based on Tamagotchis, which were also produced by Bandai. The toys were seen as more female orientated products, so Bandai created a new line of products for a male equivalent. The first anime adaptation, Digimon Adventure, was produced in 1999 by Toei Animation. A film and TV anime were released alongside each other in 1999, the movie being a 20 minute anime produced by Mamoru Hosoda (Wolf Children, The Girl Who Leapt Through Time). Since then there has been numerous anime series, toys, figures, manga, video games and trading card games in the franchise. 2014 marked the 15th anniversary of Digimon Adventurewith a new 6 episode anime film/OVA series anime titled Digimon Adventure tri. releasing in Japanese cinemas this November. 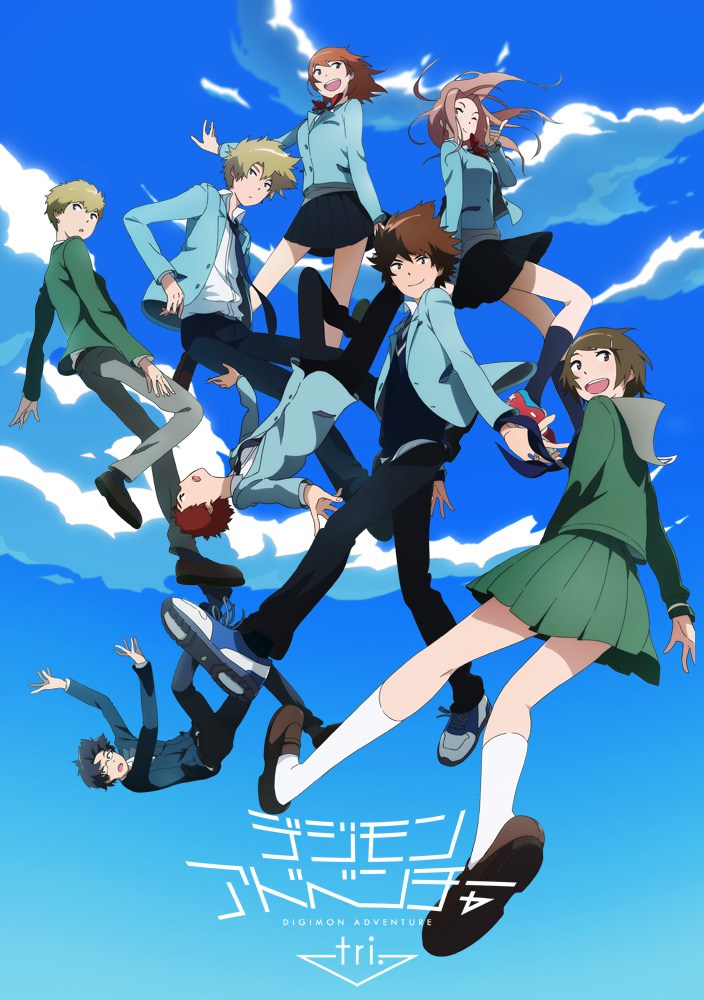