After the Digimon Adventure 15th Anniversary livestream on Niconico, the first promotional video of Digimon Adventure tri. has been revealed. The anime itself has been announced to be a series of 6 episodes releasing in Japanese theatres from November 21st this year. In addition, the cast members of the 8 Digi-destined in the upcoming anime and a new visual have also been revealed. 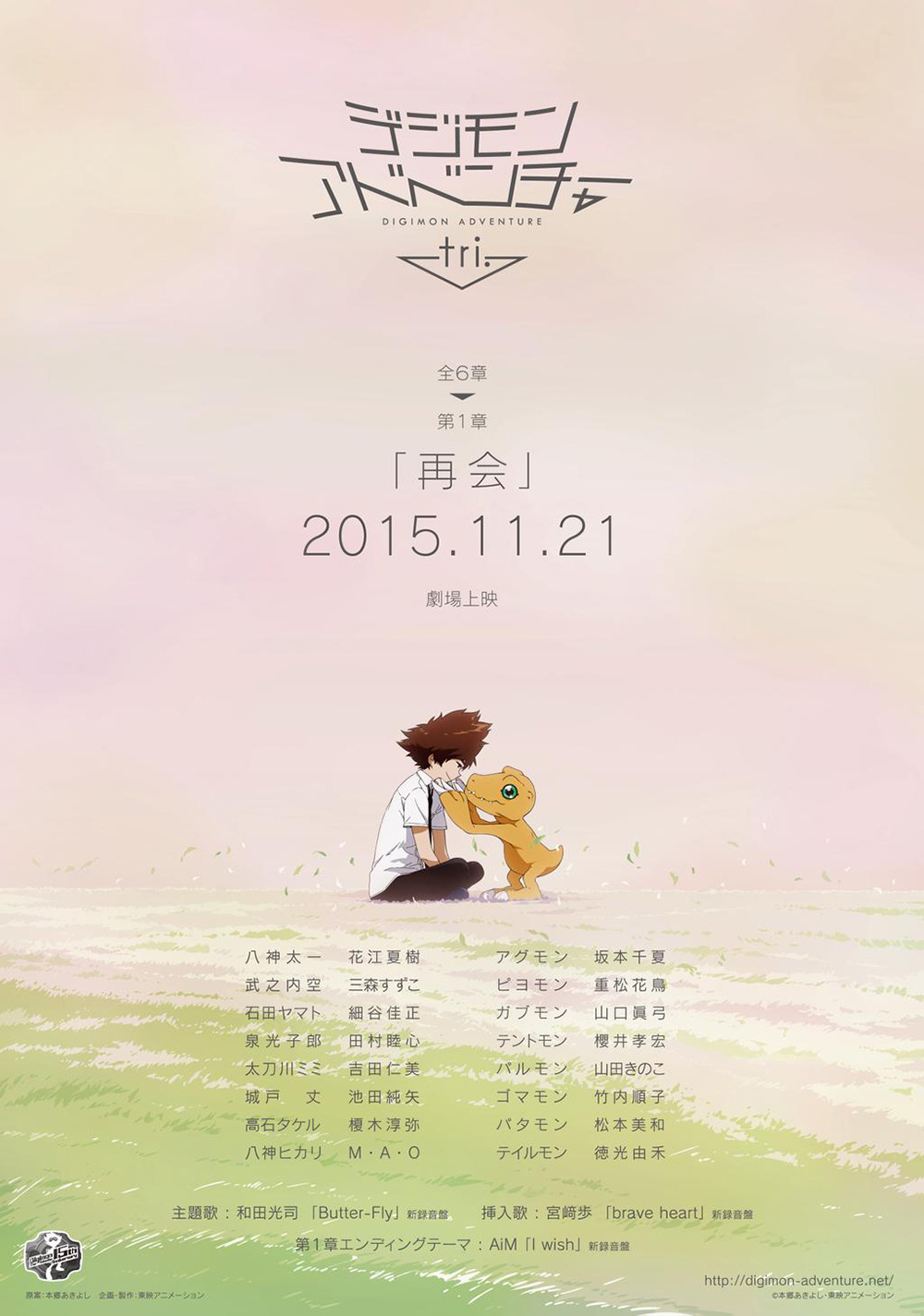 The first footage of Digimon Adventure tri. has been released which has revealed lots of new information about the upcoming series. It has revealed that the anime will be released in Japanese cinemas and will run for a total of 6 episodes. The first episode of the anime is titled Saikai (Reunion).

An event will be held on August 1st which will have a special screening of the anime’s first episode, before being released in Japanese cinemas on November 21st this year.

Most importantly, the first footage of the anime has also been revealed:

Here is the English version of the new video: 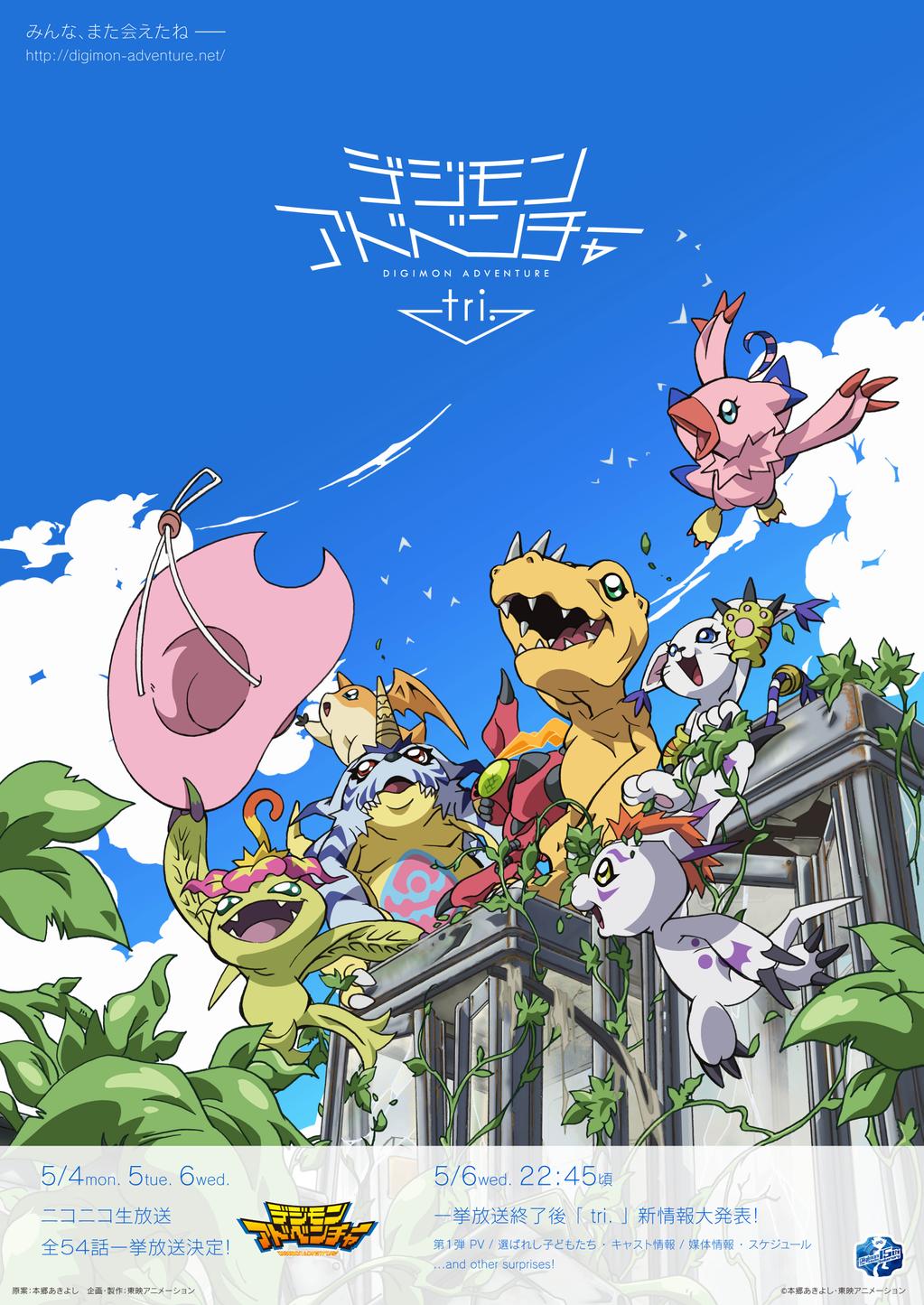 Digimon Adventure tri. will be a 6 part anime film series with the first episode releasing in Japan on November 21st this year. An advanced screening of the episode will be revealed at Digi-Festa on August 1st. Further information about the anime will be revealed soon.