A preview of the cover of the upcoming issue of Kodansha’s Weekly Shonen Magazine has revealed that a second anime film based on Hiro Mashima’s Fairy Tail manga is currently underway. The issue itself will be released in Japan on the 20th. 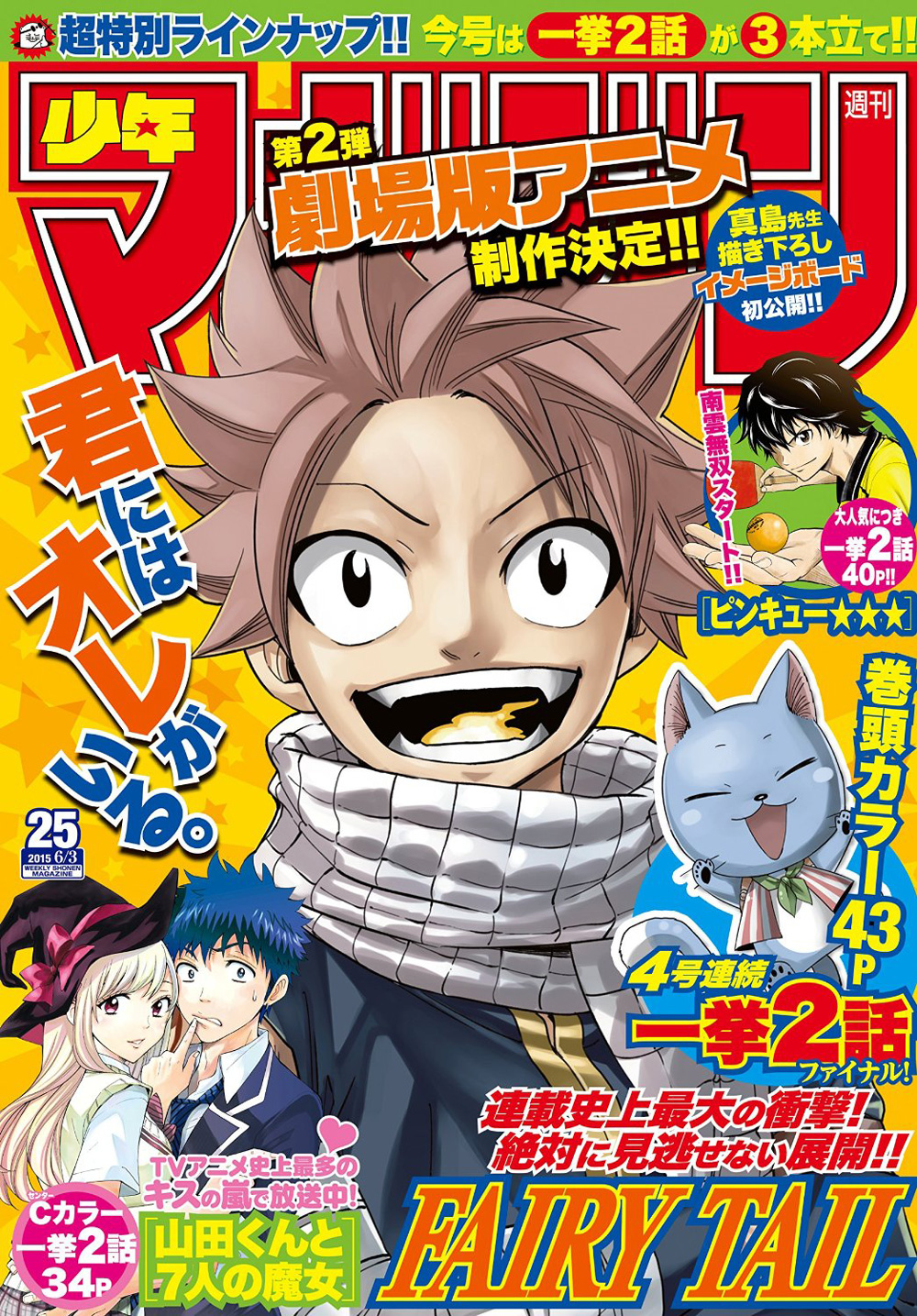 The week’s issue of Weekly Shonen Magazine will also be revealing some concept art from the upcoming film drawn by Mashima himself. It will also be featuring a double chapter this week for the Fairy Tail manga, chapters 435 and 436. The first film in the series, Fairy Tail: Houou no Miko (Fairy Tail the Movie: Phoenix Priestess), released in Japanese theatres in August 2012.

If you are interested in the series, here is a synopsis from MAL:

Set in an imaginary world, the Earth Land, there exists a Mage Guild called “Fairy Tail”. Fairy Tail is stationed in the town Magnolia, residing in the Kingdom of Fiore, and is currently governed by Makarov, Guild’s master. Lucy Heartfilia, a 17-year-old girl, wishes to become a full-fledged mage and join one of the most prestigious Mage Guilds in the world, Fairy Tail. One day, out of pure coincidence, she meets Natsu Dragneel, a boy who is transportation-sick, but very cheerful in nature. However, the thing she does not know is that Natsu is the closest connection to Fairy Tail, as he is a Mage in Fairy Tail.

A second Fairy Tail anime film is currently in production. Further information about the movie will be revealed in the upcoming issue of Weekly Shonen Magazine and in the near future.