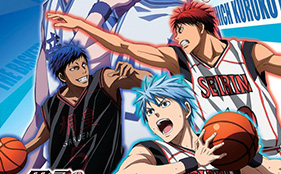 The official website for the upcoming Kuroko no Basket anime compilation films began streaming a trailer for the first film, Kuroko no Basket Movie 1: Winter Cup Soushuuhen – Kage to Hikari, on Thursday. The video previews a new track that OLDCODEX created for the film, the title has yet to be announced. The film will open in Japan on September 3.

In addition to this, a brand-new anime film adaptation of Tadatoshi Fujimaki’s Kuroko no Basket Extra Game manga is slated to air in 2017.