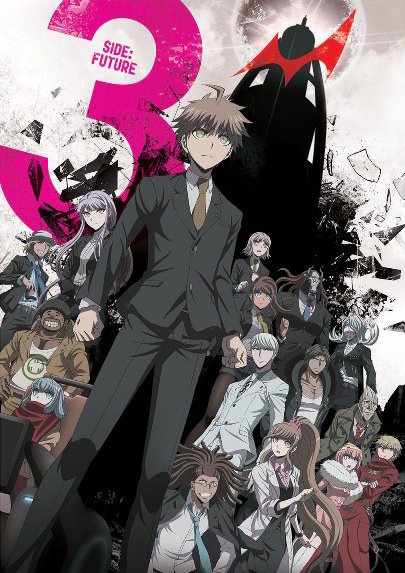 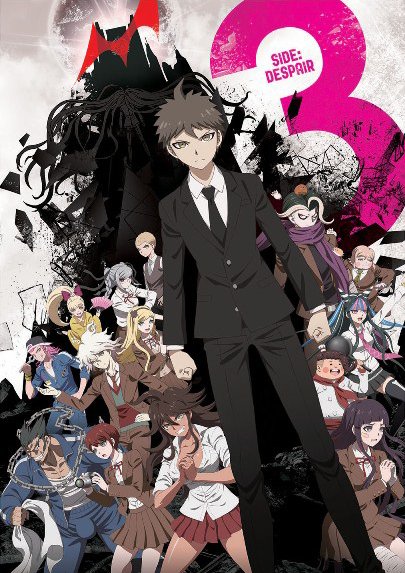 The anime series will also have an advance screening event on July 3, ahead of the anime’s premiere. Screenings will be held in TOHO Cinemas in Shinjuku/Shibuya (Tokyo), Nagoya Bay City (Nagoya), and Umeda/Nanba (Osaka). The screenings will show parts from both “Side: Future” and “Side: Despair,” but did not specify how many episodes will be shown.

The television anime series will be the conclusion of the “Hope’s Peak Academy” series’ original story. The anime will premiere both its “Side: Future” and “Side: Despair” parts in July. As a result, two new Danganronpa 3 episodes will premiere every week. “Side: Future” will focus on the characters from the first game instalment, while “Side: Despair” will tell the story of the characters of the Danganronpa 2: Goodbye Despair game. The anime will illustrate what happened to the characters before the events of the game.

Danganronpa: The Animation synopsis from MAL:

Hope’s Peak Academy is an elite high school that accepts only the most talented students. Individuals who successfully enroll receive their own unique titles, suitably reflective of their skills and traits. Of the fifteen candidates admitted to the peculiar school that year, Makoto Naegi is a completely ordinary individual who has been accepted by sheer chance, with the title of “Ultimate Lucky Student.”

Naegi and his fellow classmates are initially ecstatic to be chosen to study at this prestigious institution, but these feelings of happiness are short-lived. They are soon confronted by Monokuma, the principal and resident bear, who traps them inside the school. The pupils’ hopes of escape and graduation hinge on one of them successfully murdering one of their peers without being discovered. However, if the killer is caught, he or she will be executed, and the remaining survivors will be left to continue the deathmatch until only a single victor