The official website of the anime adaptation of Norimitsu Kaihou and Sadoru Chiba’s Gakkou Gurashi! manga has revealed a new illustration where the main cast of the series can be seen in clothing suited for the summertime heat. 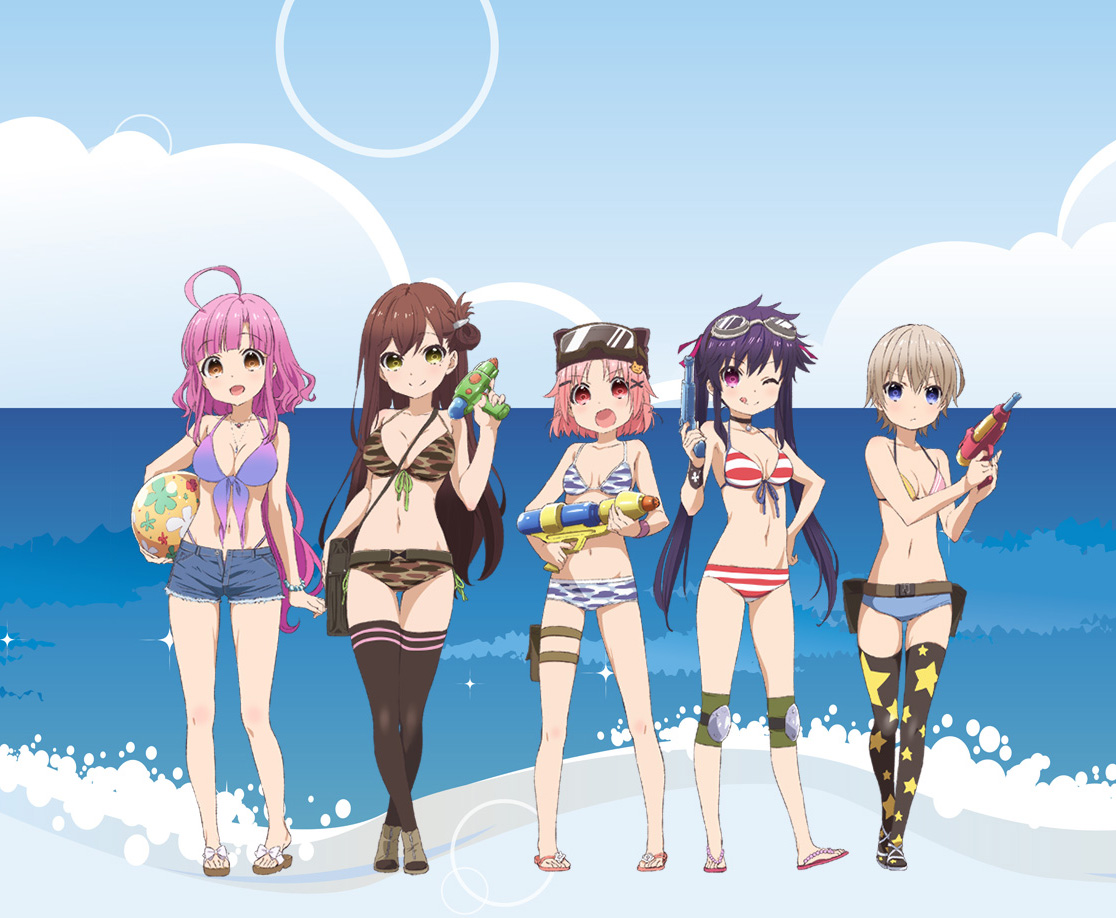