On July 19th, 2015, the official website for the movie adaptation of the popular shoujo manga Orange announced that Takano Ichigo, the aptly named mangaka of the series, will be ending the manga on August 25th of this year. The author has released no personal statements on this matter as of yet.

Takano Ichigo first published the shoujo manga in Shueisha’s Bessatsu Margaret magazine in 2012, but switched to Futabasha’s seinen Monthly Action magazine in 2013. Futabasha published the fourth compiled volume of the manga on February 20, 2015. The first four volumes have more than 1.6 million copies in print. When the manga ends in August, it will have a total of 5 volumes. A live action film for the manga was recently announced as well. 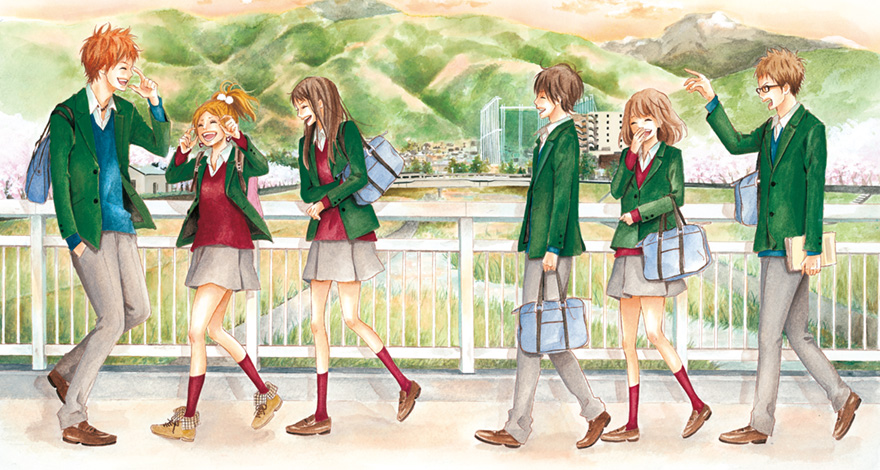