Home Anime Which Gen-1 Pokemon Starter Is the Best? Japanese Players Weigh In

Every avid Pokemon player has a favorite starter, a Pokemon they always lean towards. We all have fond memories of when we started our very first journey to be a master, which Pokemon we chose to raise and bond with. Celebrating Pokemon‘s 20th anniversary, MyNavi posted an intriguing question for fans of the very first games, Blue, Green, and Red, which were only available in Japan: which first generation Pokemon starter was “the very best?” 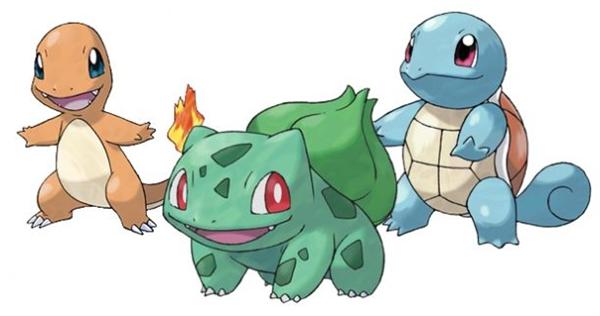 The poll accumulated a total of 400 respondents, 197 female, and 203 male. These are the results:

Bulbasaur is really cute, which might be why players picked him. Grass/Poison types do well in the first three gyms and the final gym, however, players believe him to be the weakest of the three.

Squirtle, the adorable turtle-like Water-Type was said to be chosen because of the HM Surf being a key component in the game later on.

Fire-Types are innately strong, and Charmander is no exception. This cute cuddly dragon-like Pokemon is sure to win your heart…and badges.

Do you agree? Disagree? Who is your favorite Generation One starter?