It will be announced in the March issue of Megami Magazine, which will be released on January 30, 2015, that Koi’s 4-panel comedy manga series Gochuumon wa Usagi Desu ka? will get a second season. More information will be released at a later time. 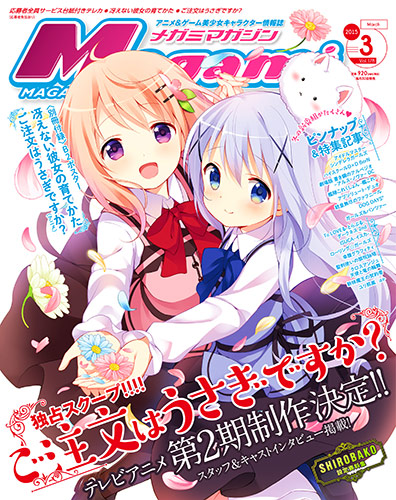 Here’s the opening theme for the first season: