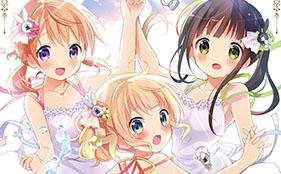 Gochuumon wa Usagi desu ka? is a manga series by creator Koi. The series began in Manga Time Kirara Max magazine in January of 2011. To date there are 3 volumes released, with the latest volume being recently released last March.