Media Factory began streaming the second commercial for Gugure! Kokkuri-san on Monday. Gugure! Kokkuri-san is a four-panel comedy manga written by Midori Endo. The first chapter was published in August 2011 in Square Enix’s GanGan Joker and as of March 2014 the manga has six volumes. The newly streamed commercial is narrated by the Takahiro Sakurai who plays the character Inugami. The opening song, “Welcome! Disco Kemokemoke” plays in the background.

The story follows a young girl named Kohina Ichimatsu. She lives alone and also goes to elementary school. One day, she summons Kokkuri-san, a low ranking spirit from Japanese folklore. The Kokkuri-san she summons turns out to be a handsome man with long white hair! Kokkuri-san arrives with the objective of haunting Kohina, but he becomes worried about her habit of eating only cup ramen for every meal and effectively becomes the mother of the household! Kohina’s dog spirit, Inugami, and a tanuki, Shigaraki, also accompany them on their daily adventures. 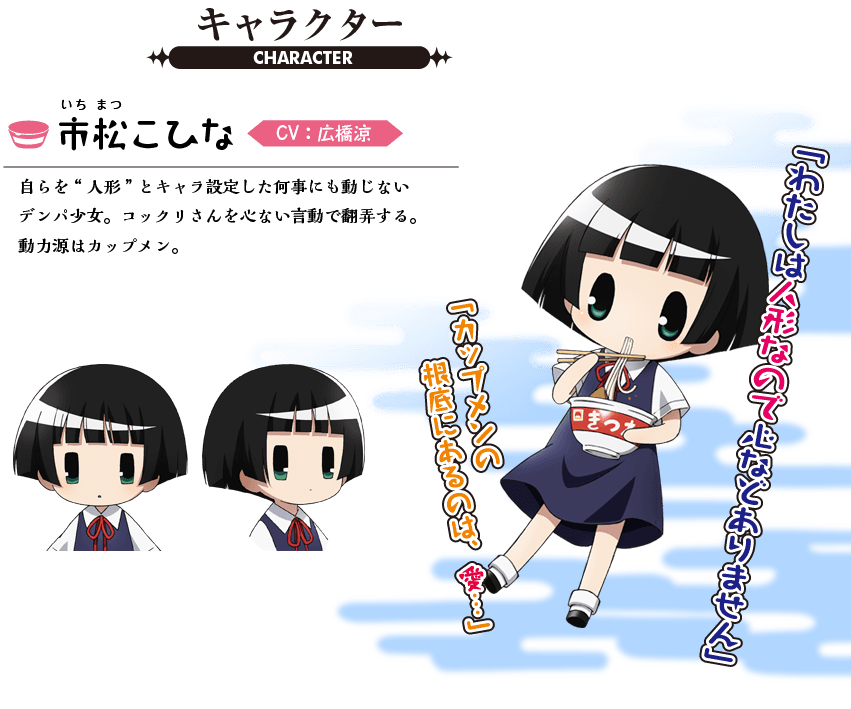 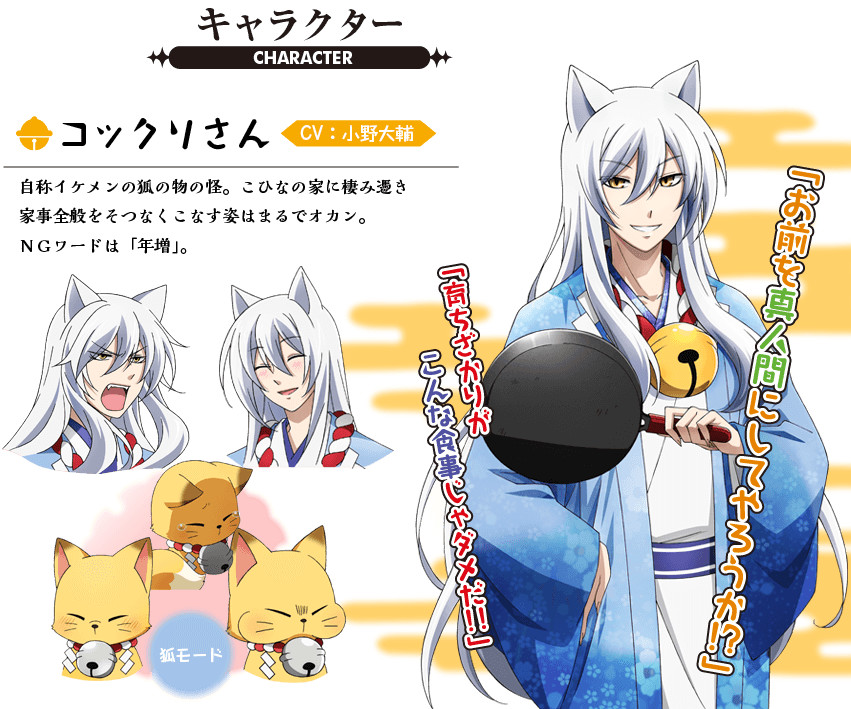 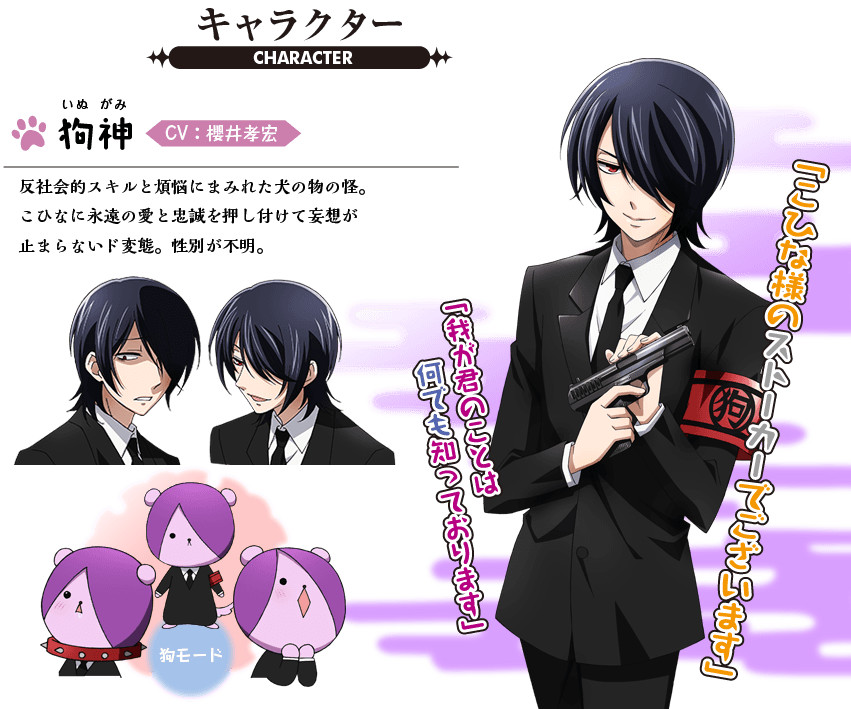 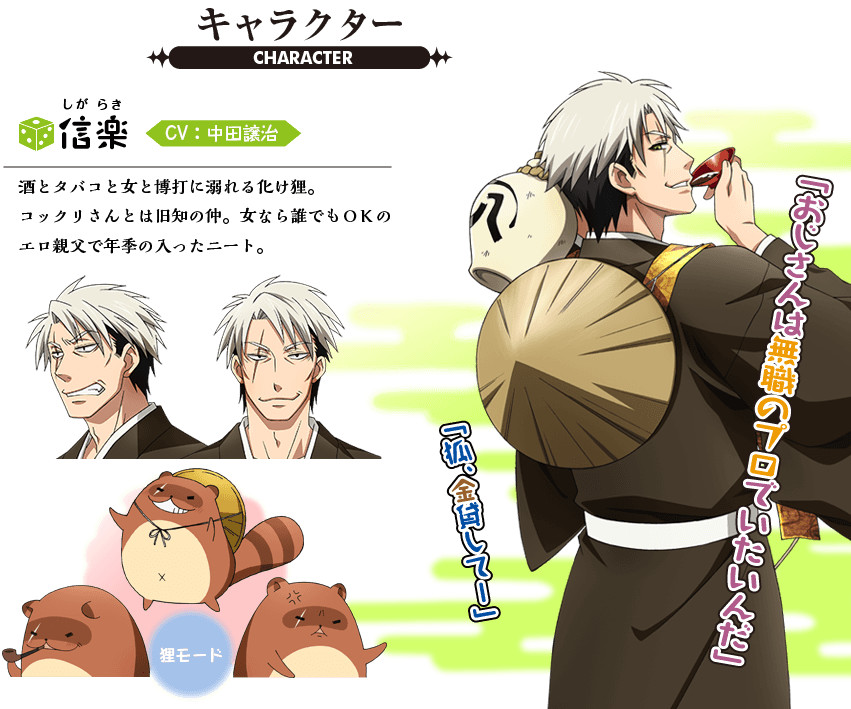 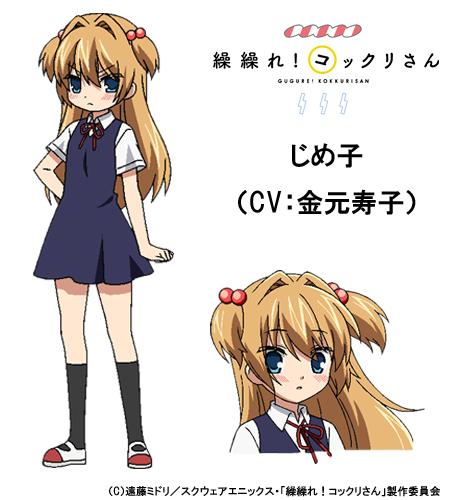 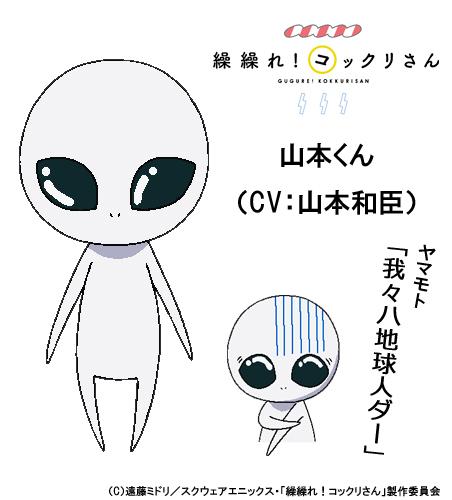 Yukari Tamura (Nui from Kill la Kill) is also starring in the anime as the narrator. Yoshimasa Hiraike (Working!!) is directing the anime at TMS Entertainment (Yowamushi Pedal). Miwa Oshima (Baka and Test) is designing the characters.

The anime will premier on October 5th, 2014 during the fall 2014 anime season

The story revolves around a little girl named Kohina. Kohina ends up summoning a Kokkuri-san, a low ranking ghost in Japanese folklore. The Kokkuri-san she calls turns out to be a white-haired handsome, young man. At first he had intended to merely haunt her, but soon he becomes worried about her terrible eating habit of cup ramen for every meal. He later decides to haunt her in order to protect her.