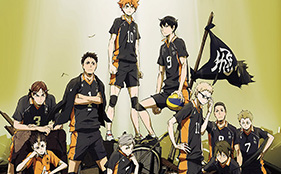 In addition to this, the website recently unveiled a new visual for the second cour.