Weekly Shonen Sunday magazine announced on July 8th that author Kenjirou Hata is preparing to start a new manga series that will run alongside the Hayate the Combat Butler series in the same magazine. The synopsis and title will be introduced in August 5th’s 36/37 double issue, then the series will launch in issue 40, due for release on September 2nd. It will then run monthly. Hayate the Combat Butler will also be continuing.

Weekly Shounen Sunday, which serializes Kenjirou Hata’s Hayate the Combat Butler!, has celebrated the milestone by featuring Nagi Sanzenin, Hayate Ayasaki, and Maria on the cover. 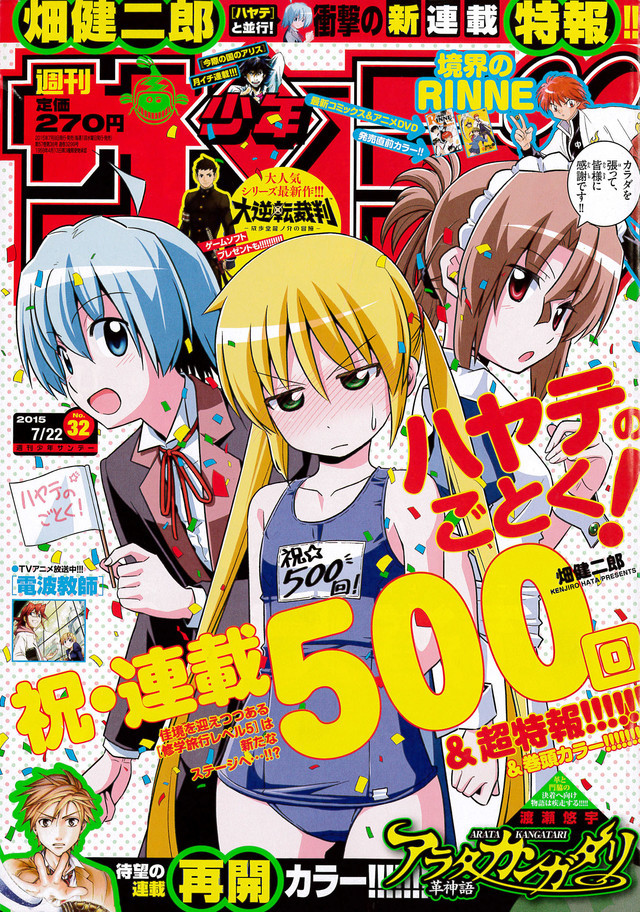 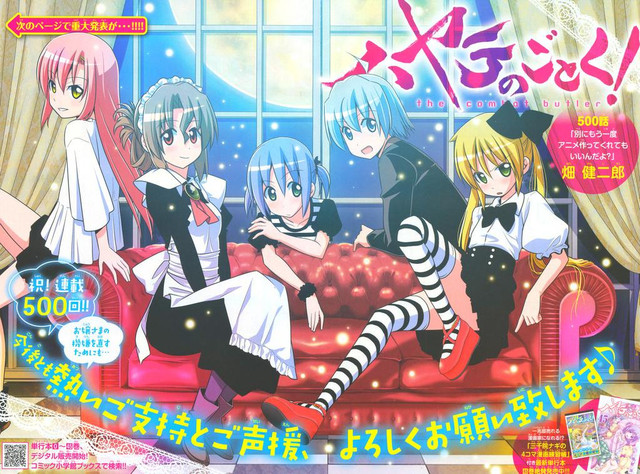 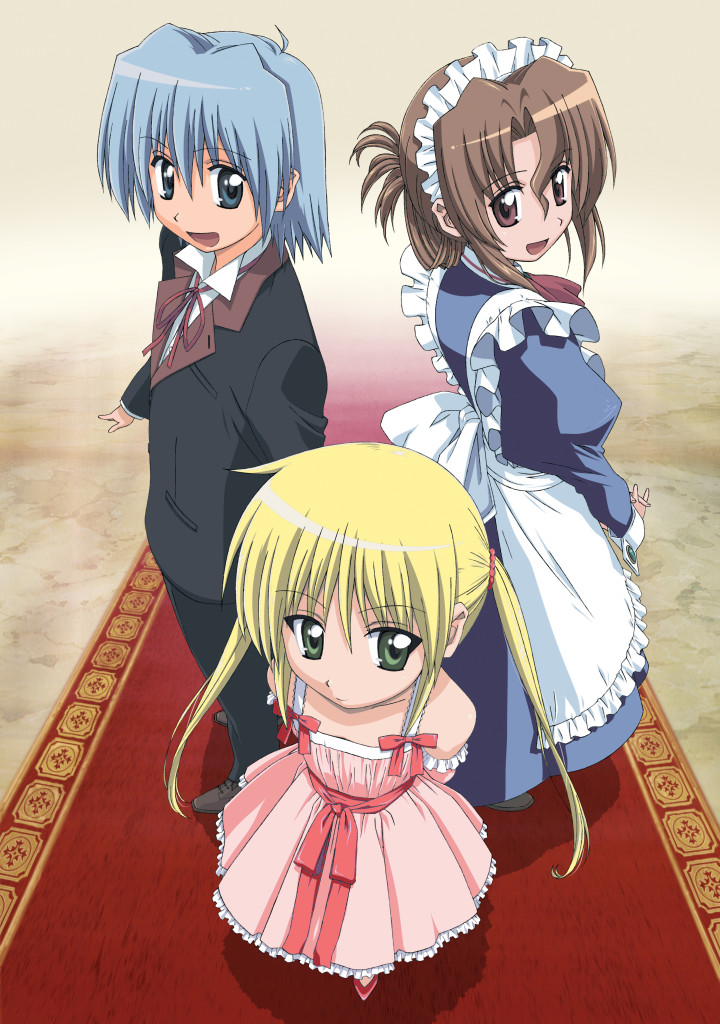 Hayate the Combat Butler is a Japanese manga series, written and illustrated by Kenjiro Hata, about a boy who starts a new job as a butler and the events he experiences with his employer. Shogakukan have released 45 volumes in Japan. The English edition of the series has been licensed by Viz Media for distribution in North America. The style of the manga has a comedic gag with a slight harem feel and constantly breaks the fourth wall. The series includes numerous references to other anime, manga, video games, and popular culture.

16-year-old Hayate is really down on his luck. Because his unemployed parents are good-for-nothings who waste what money they have on gambling, Hayate had to start working at a young age to help out his family. Although such experience has made him inhumanly fast and tough and skilled at things boys aren’t normally skilled at, it has also left him in an awkward position, as his parents have racked up such a huge gambling debt that they have sold Hayate to the yakuza for the value of his organs. In a desperate attempt to avoid that fate, Hayate decides to become a “bad guy” and kidnap someone to be held for ransom, but his efforts to do so are mistaken as a confession of love by the girl he targets. When he helps save the (as it turns out) ultra-wealthy 13-year-old Nagi from real kidnappers, she takes him in and gives him a job as her new personal butler (and love interest) until he can pay off his debt. But Hayate is more attracted to Nagi’s beautiful teenage maid Maria, and head butler Klaus is initially disapproving of a boy with such a poor look. And then there’s Nagi’s pet Tama, who is also a force to be reckoned with.