Japanese light novel publisher Fujimi Shobo will be hosting the 2014 Fujimi Fantasia Bunko event on December 6th, where a special conference for High School DxD will be hosted. The panel itself will be discussing information about the current light novels and the upcoming third season.

Fujimi Fantasia Bunko 2014 will be held on December 6th at the Belle Salle event centre in Akihabara, Tokyo. The event itself will have panels for many of the imprint’s popular series, such as Amagi Brilliant Park and Trinity Seven. The High school DxD panel will be the last panel for the day and will be hosted from 5:30pm JST till 6:00pm JST. 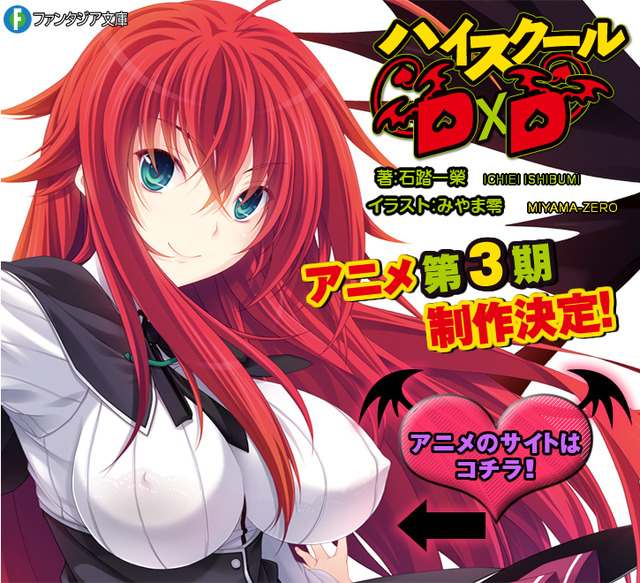 More information about the third season of the anime adaptation of High school DxD will be revealed at the series’ panel at the 2014 Fujimi Fantasia Bunko, on December 6th.