It was announced that the comedy blood type anime, Ketsuekigata-kun!, will receive a sequel set to premiere on January 8, 2015. The previous cast of the first season will still reprise their roles in the second season. The show will air on TOKYO MX, KBS Kyoto and on Japanese video-sharing website, Nico Nico Douga. Also, more female characters will appear in the second season. The voice actors of the characters are chosen with the same blood type as their role. 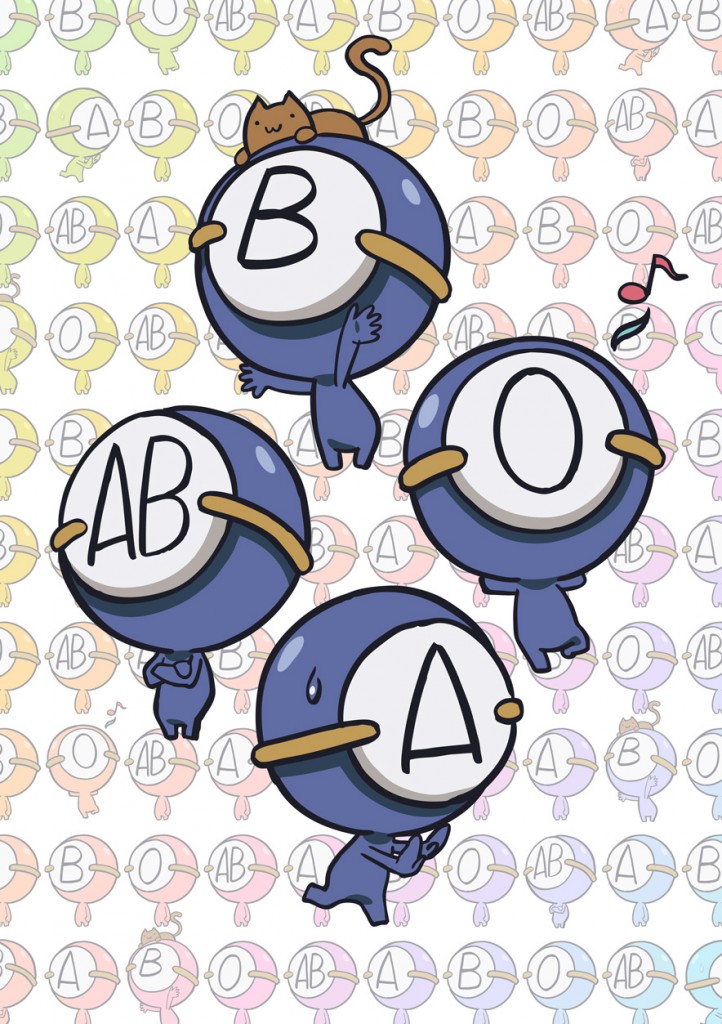 The first season was aired last April 7, 2013 – June 23, 2013 and it comprises 12 2-5 minute short episodes. It also has a short special that advertises the series and Teekyuu!‘s DVD release that was aired a week after episode 12. The anime is about four different blood types who interact with each other in their stereotypical blood type attitude.

The anime adapted from the manga remake version of the Korean webtoon “A Simple Thinking about Bloodtypes” involving the faceless and nameless characters of four different blood types to discuss about popular anthropomorphized blood types (the stereotypes about the blood types) in Japan and Korea.