Home Anime Hunter x Hunter Manga to Return from More than a Year of... 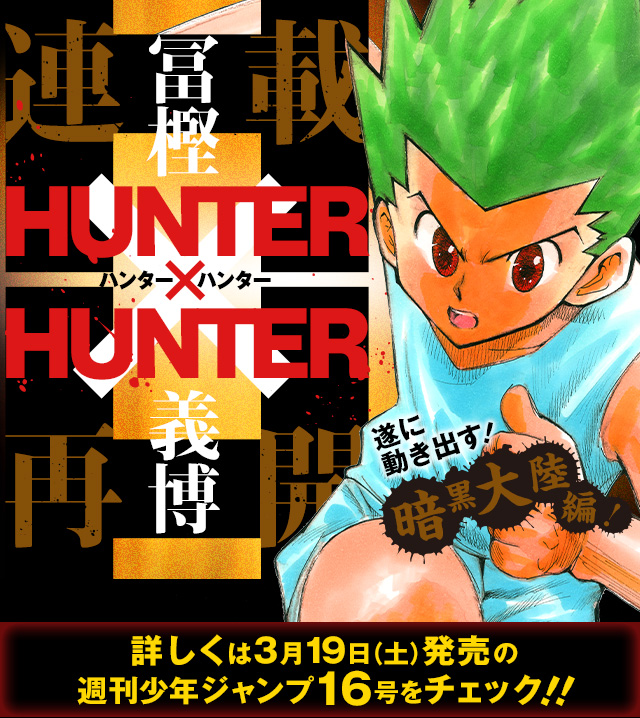 The manga has been on hiatus since 2014’s combined 37th/38th issue of Weekly Shonen Jump in August 2014. What was initially a two-week hiatus for serious lower back pain has extended due to health issues until now.