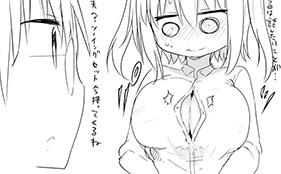 Cool-kyou Shinja, the author of the popular 4 koma I Can’t Understand What My Husband Is Saying manga series has been busy with volume 5 of the series that will be releasing on August 4th. His other popular comedy / ecchi series, Chichi Chichi, released last June and his Komori-san wa Kotowarenai! (Miss Komori can’t decline!) manga series scheduled for a TV anime in October. He has found time to apply his chest drawing skills to sketch Ebina from Himouto! Umaru-chan. 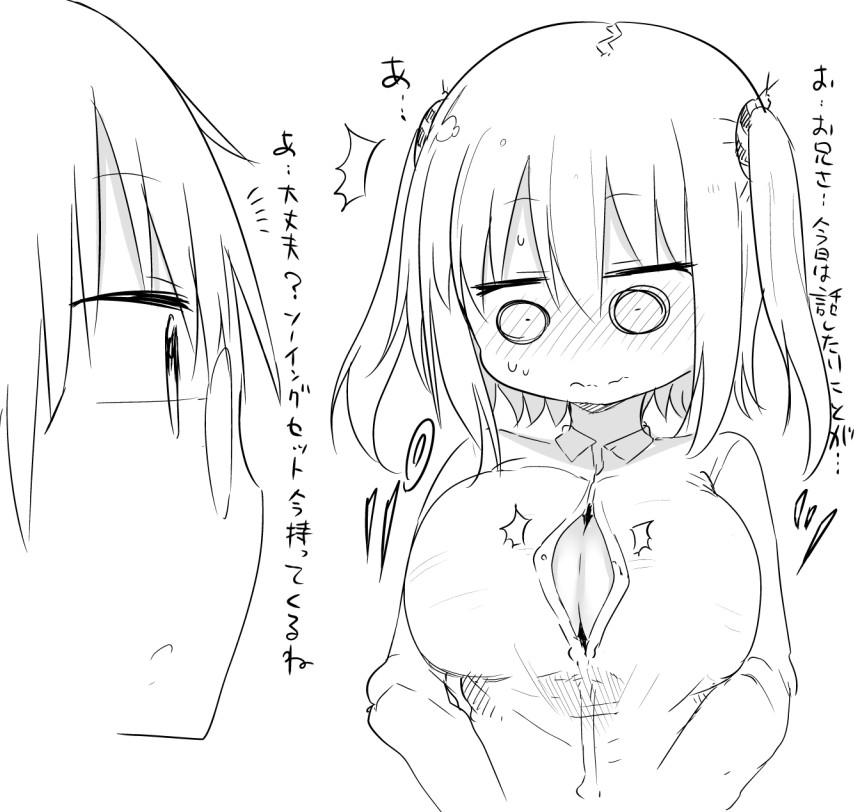 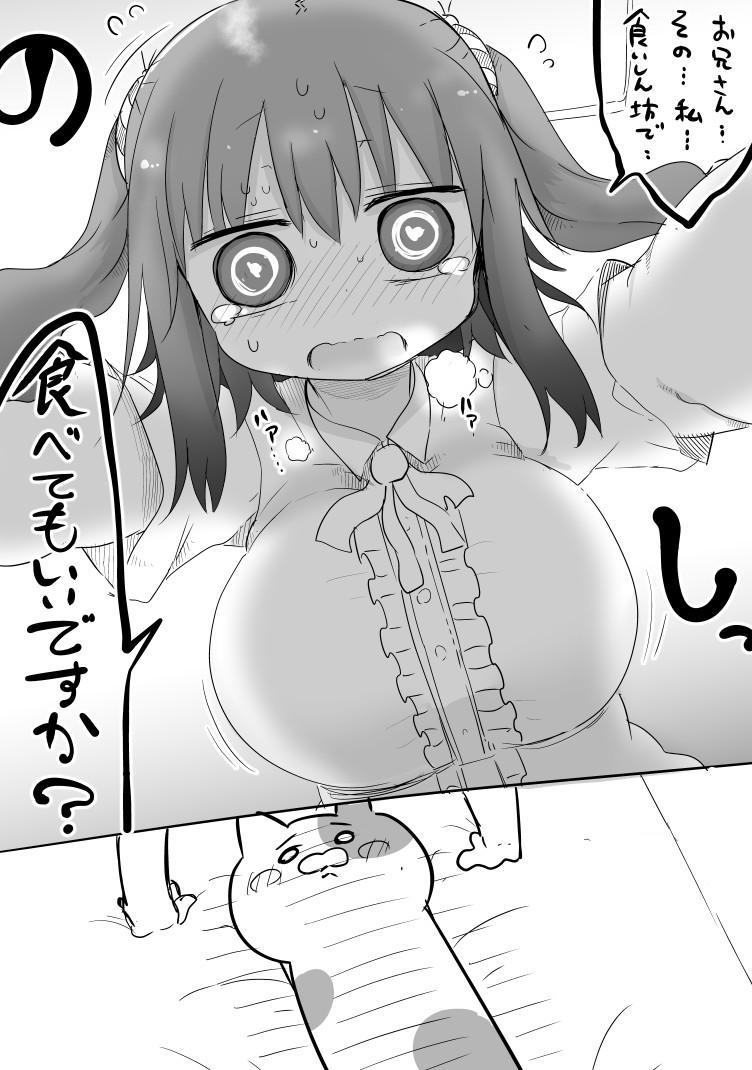