Someday, most of the manga fans’ children’s names might be after some of their favorite characters. Digital book seller eBookJapan surveyed their visitors on which manga character would they possibly name their child after. The survey period was on February 6 to 9, 2015 comprising 530 audiences. 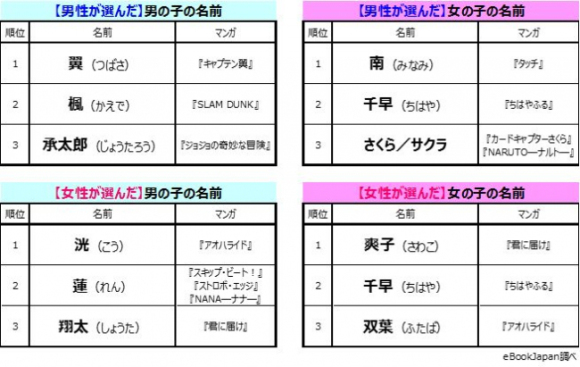 These results are the site audience’s opinions. How about you? Is there any character would you like to name your child after… if you want?