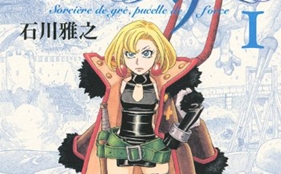 According to the 49th issue of Kodansha’s Good! Afternoon magazine, Masayuki Ishikawa’s (Moyashimon, Hitokiri Ryouma) manga sequel to Junketsu no Maria, Junketsu no Maria: Exhibition will end on the 50th issue that will be released on December 6, 2014. It has also been announced that the first and only compiled volume for the manga will be released on January 7, 2015. 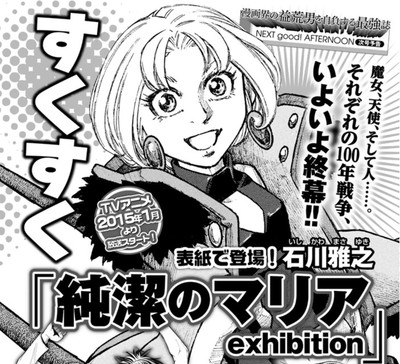 The prequel has three compiled volumes published by Kodansha, with each volume having a normal and limited version. Kodansha USA has licensed the manga and announced that the first volume of the three-volume series will be released on early 2015. The manga was received well by readers. The first volume had sold 81,643 copies. Volume 2 had sold 94,578 copies. And volume 3 has sold 57,516 copies.

The manga has received an anime production to be released next year, Winter 2015. The staff was announced as follows:

Synopsis of Junketsu no Maria from Haruhichan:

Read the previous article about the cast, key visual and character visuals here.