The official website of the previously announced Planetarian (Planetarian: Chiisana Hoshi no Yume) anime adaptation has revealed that the anime project will consists of an ONA (Original Net Animation) series and an animated film. 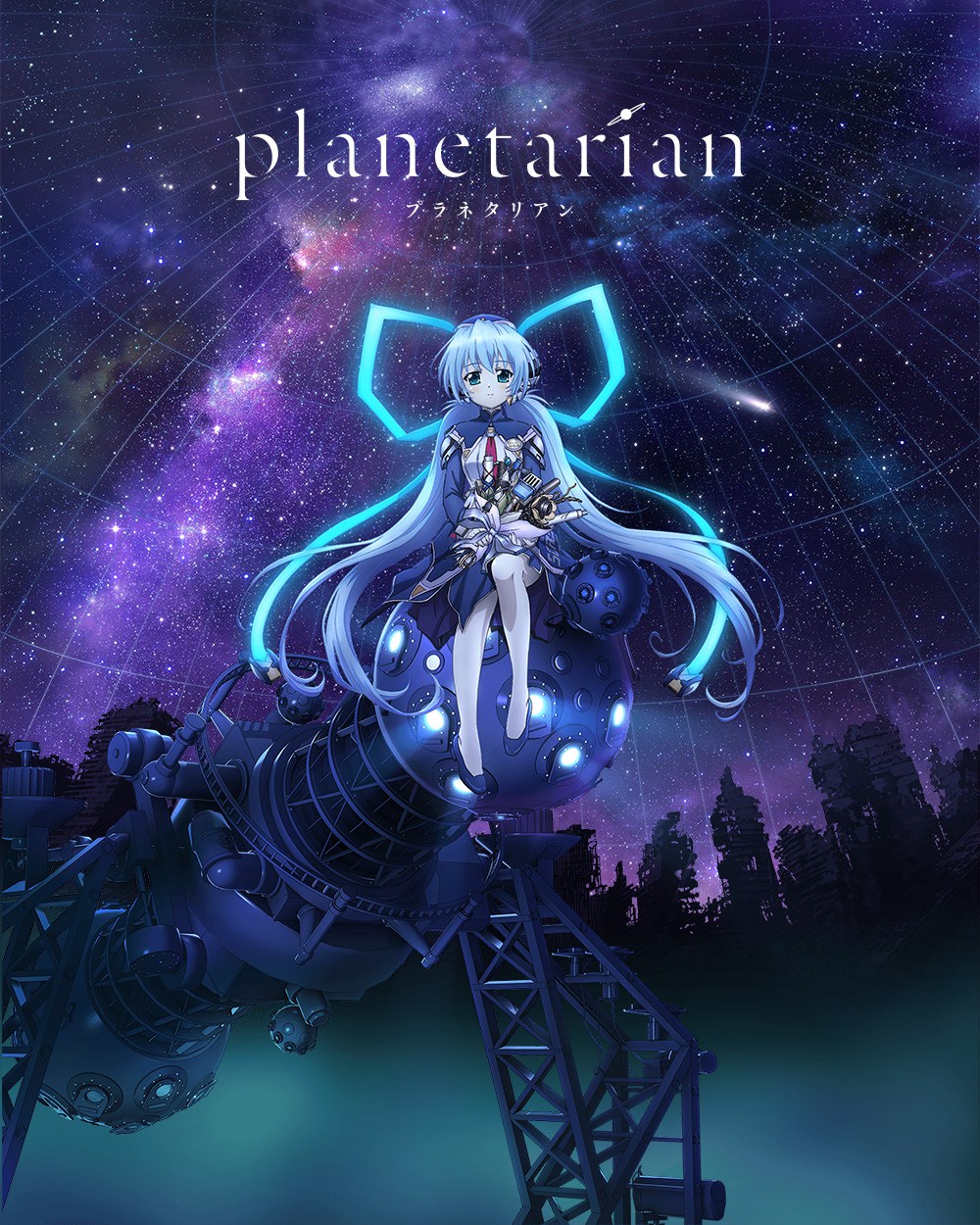 There will be two anime adaptations based on Key’s Planetarian coming this year. The first, titled Planetarian: Chiisana Hoshi no Yume, will be an ONA series composed of 5 episodes that will be streaming on Niconico. The first will be available this Summer on July 7th.

The second adaptation is an anime film titled Planetarian: Hoshi no Hito that will release in Japanese theatres on September 3rd. The movie has been revealed to be adapting a side story from the visual novel.

The cast members of the game’s main characters will return to voice their respective characters:

The site has also revealed additional cast members, whose characters they will voice have yet to been revealed:

The leading members of the production staff for both series includes:

Additionally, the first promotional video has been released for the ONA and anime film:

Here is the announcement video of the anime project:

Planetarian: The Reverie of a Little Planet (Planetarian: Chiisana Hoshi no Yume) is a Japanese kinetic/visual novel developed by Key and published by Visual Arts. The game was released on PC in late 2004 in Japan, before being ported onto the PlayStation 2 and PlayStation Portable in subsequent years. The series was also adapted into a light novel series and a series of Drama CDs. The game itself became available internationally on Steam in 2014.

Here is the game’s synopsis from Steam:

It is thirty years after the failure of the Space Colonization Program. Humanity is nearly extinct. A perpetual and deadly Rain falls on the Earth. Men known as “Junkers” plunder goods and artifacts from the ruins of civilization. One such Junker sneaks alone into the most dangerous of all ruins—a “Sarcophagus City.” In the center of this dead city, he discovers a pre-War planetarium. And as he enters he is greeted by Hoshino Yumemi, a companion robot. Without a single shred of doubt, she assumes he is the first customer she’s had in 30 years. She attempts to show him the stars at once, but the planetarium projector is broken. Unable to make heads or tails of her conversation, he ends up agreeing to try and repair the projector…

There will be two anime adaptations of Planetarian is from David Production. The first will be a 5 episode ONA series that will start streaming on NicoNico from July 7th. The second is an anime film set to release on September 3rd. Further information will be revealed at a later date.