Square Enix is finally starting to let more information slip out on its new entries in the Kingdom Hearts series – Kingdom Hearts III and Kingdom Hearts 2.8 HD: Final Chapter Prologue, a collection of games including an HD remaster of the Nintendo 3DS title Kingdom Hearts 3D: Dream Drop Distance – at its Kingdom Hearts Premium Theater Event at the D23 Expo in Japan. While no release dates were confirmed or announced, audience members were treated to two new trailers and a slew of updates to keep fans, who have been waiting almost nine years, antsy.

While the trailers won’t officially be released until November 3rd, 10PM PT, audience members were quick to jot down notes that coincide with the following screenshots.

According to KH Insider, this screenshot involves Riku and Kairi at the Mysterious Tower, featured in Kingdom Hearts II, discussing the importance of their mission to collect the “7 Guardians of Light,” thus protecting the “7 Princesses of Heart” with Yen Sid. Mickey is also featured, of course, telling Riku and Kairi that he was recently in the Realm of Darkness where Aqua was last seen in the epilogue of Kingdom Hearts: Birth by Sleep. This ties into Yen Sid’s previous comment, concerning the significance of rescuing Aqua, Terra, and Ventus who were left broken and separated at the end of Birth by Sleep.

Other information includes a fully disclosed conversation between a young Xehanort and Eraqus playing chess, which was introduced in Kingdom Hearts III‘s E3 2015 trailer.

A new Nobody was also shown off, donning a scythe and being “surrounded by red petals”, supposedly hinting at Organization XIII’s Marluxia. A video message from the voice cast for Kingdom Hearts III was also played for the audience and a King Mickey mascot came out to the stage. 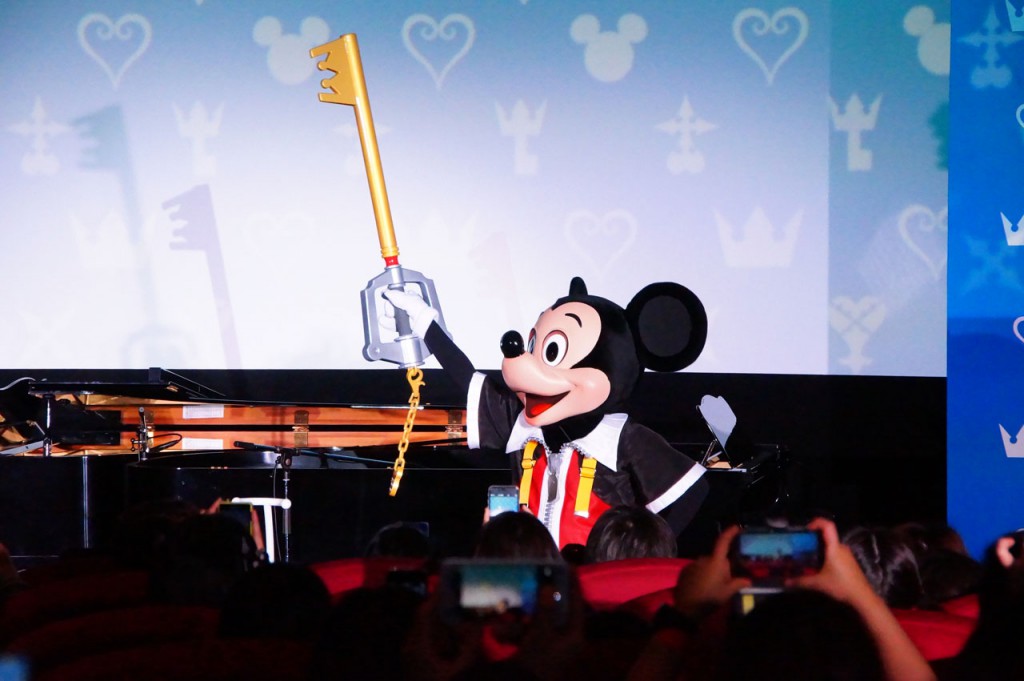 In concerns with Kingdom Hearts III, one screenshot has been posted online that shows a new Attraction Flow scene, featuring the trinity of Sora, Donald, and Goofy, supposedly based off of Buzz Lightyear’s Astro Blaster. 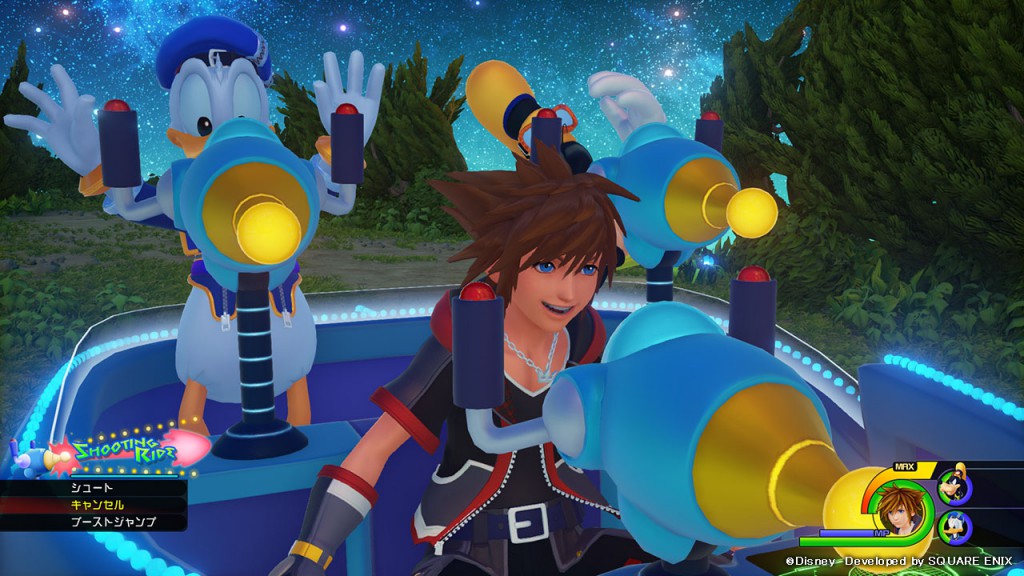 Another screenshot for the HD remaster for Kingdom Hearts 3D: Dream Drop Distance has also been posted, with a slew of characters in a tender moment, ready to charge forward.

We’ll keep you updated as the trailers come out and more information unfolds.