The official website of the upcoming anime adaptation of Cool Kyoushinsha’s Kobayashi-san Chi no Maid Dragon (Miss Kobayashi’s Dragon Maid) manga series has launched and revealed that the series will start its broadcast in January 2017. In addition the first visual, cast and staff were revealed, where it will be animated by Kyoto Animation (K-On!, Hibike! Euphonium, Hyouka, The Melancholy of Haruhi Suzumiya). 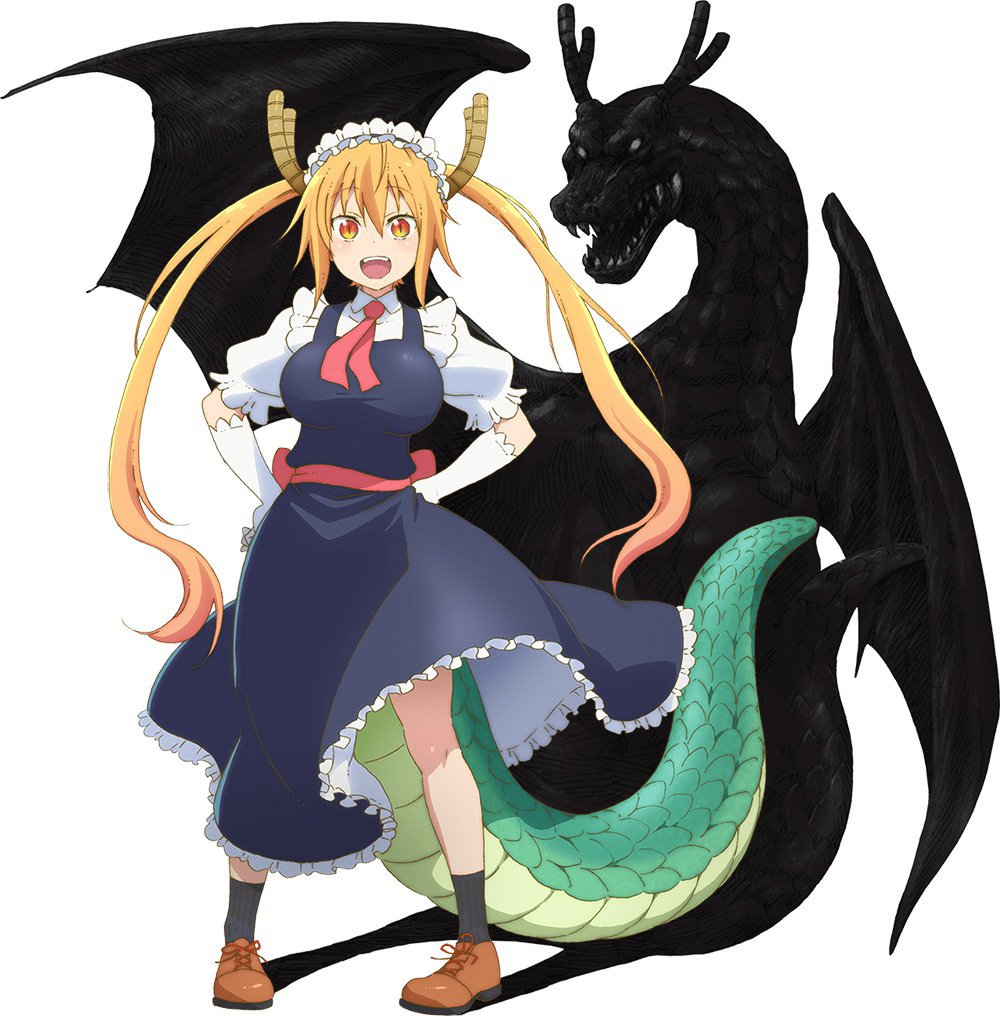 The Kobayashi-san Chi no Maid Dragon anime will air this upcoming January during the Winter 2016/2017 anime season. It will air on Tokyo MX, ABC, TV Aichi and BS11.

The first members of the main cast were announced:

The leading members of the anime’s production staff were revealed and consists of:

Kobayashi-san Chi no Maid Dragon (Miss Kobayashi’s Dragon Maid) is a comedy slice of life manga written and illustrated by Cool Kyoushinsha that began in 2013 under Futabasha’s Monthly Action magazine. Since its debut, a total of 4 compiled volumes have been released. Cool Kyoushinsha is also known for the Danna ga Nani o Itteiru ka Wakaranai Ken 4koma, which was also adapted into ananime series.

Kobayashi lives alone in an apartment, until one day, Tooru appeared and they ended up living together. Tooru looks down on humans as inferior and foolish, but having been saved by Kobayashi-san, she does everything she can to repay the debt and help her with various things, although not everything goes according to plan.

A mythical everyday life comedy about a hard working office lady living with a dragon girl.

The TV anime adaptation of Cool Kyoushinsha’s Kobayashi-san Chi no Maid Dragon will air in January 2017 on Tokyo MX, during the Winter 2016/2017 anime season. Further information will be revealed in the future. 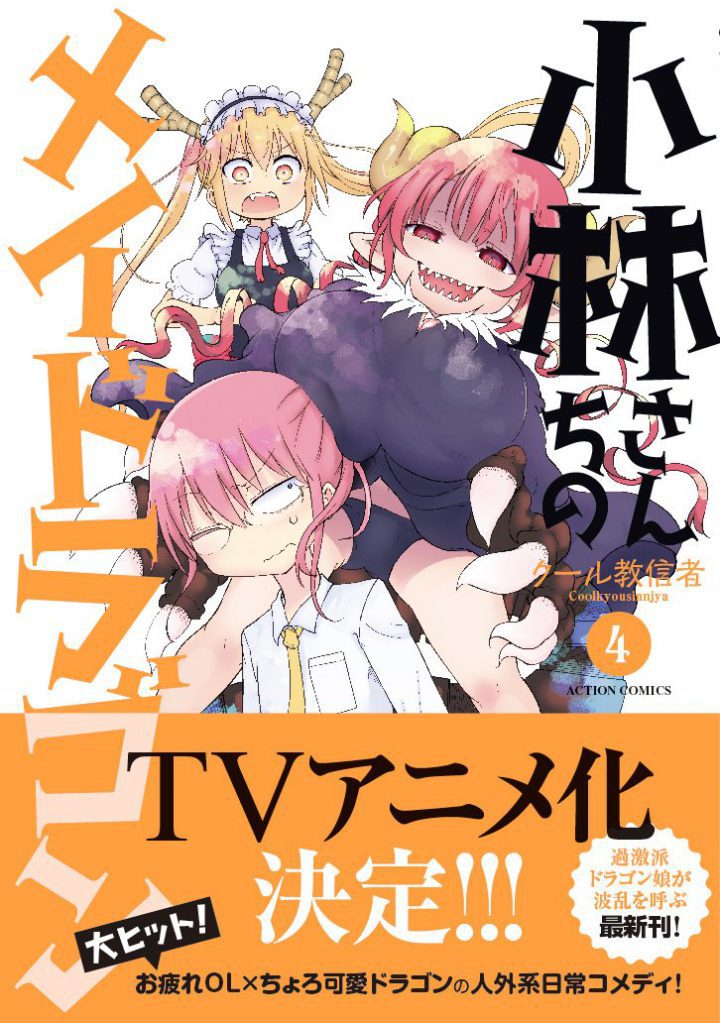