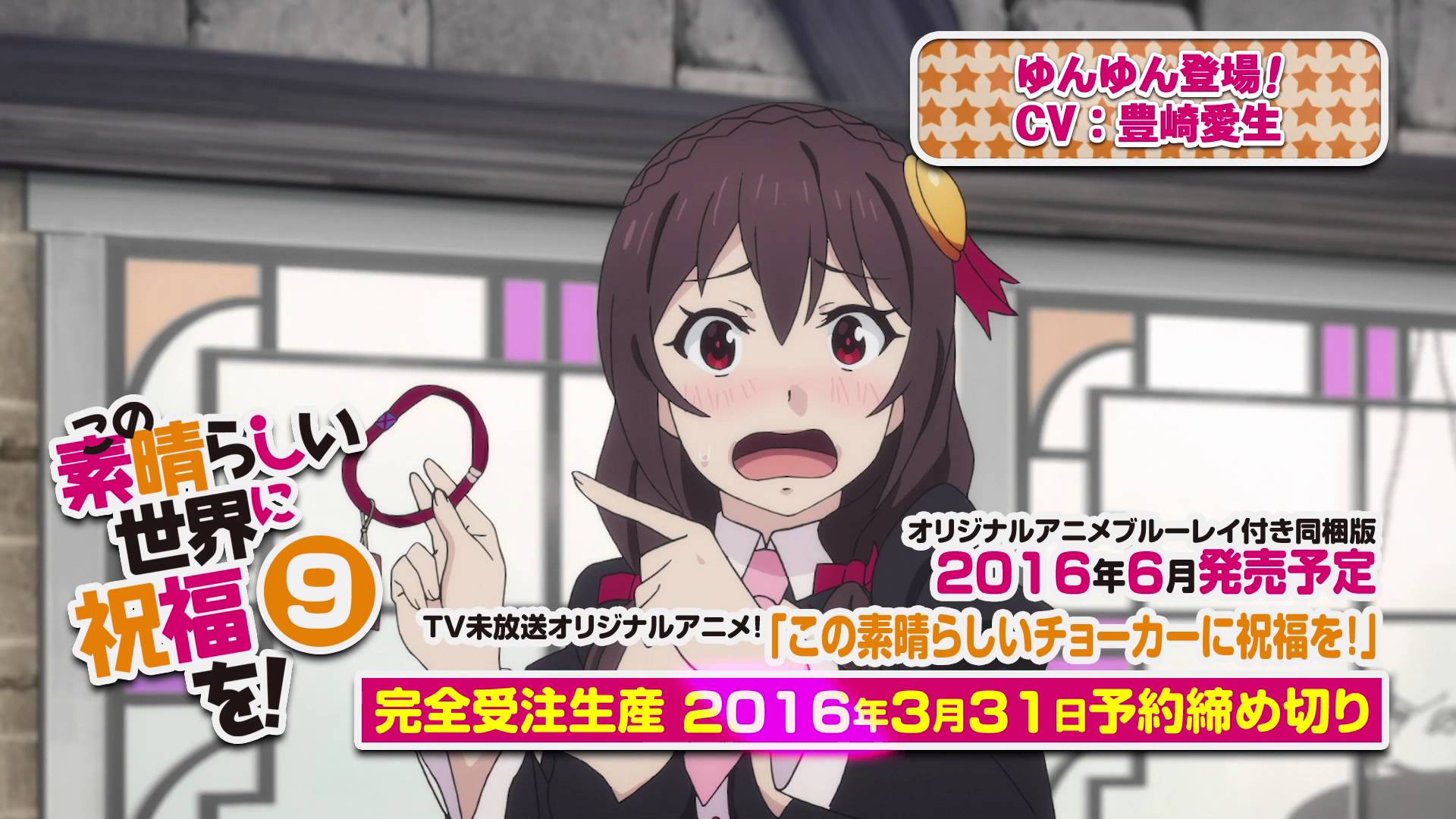 Kadokawa began streaming a 15-second commercial on Thursday for the OVA that will be included in the ninth limited edition of Natsume Akatsuki and Kurone Mishima’s Kono Subarashii Sekai ni Shukufuku wo! (Give Blessings to This Wonderful World!) light novel series. The video reveals that Aki Toyosaki (Momo Belia Deviluke from To LOVE-Ru Darkness) will play the character Yunyun in the episode and previews the opening theme “fantastic dreamer” by Machico. Yunyun will not appear in the TV anime series.