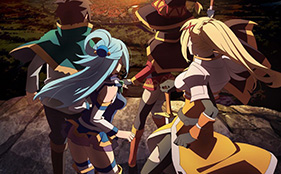 The official website of the TV anime adaptation of Natsume Akatsuki and Kurone Mishima’s Kono Subarashii Sekai ni Shukufuku wo! (Give Blessings to This Wonderful World!) light novel series has revealed that the second season will start its broadcast from January 11th on Tokyo MX. A new visual and promotional video were also unveiled. 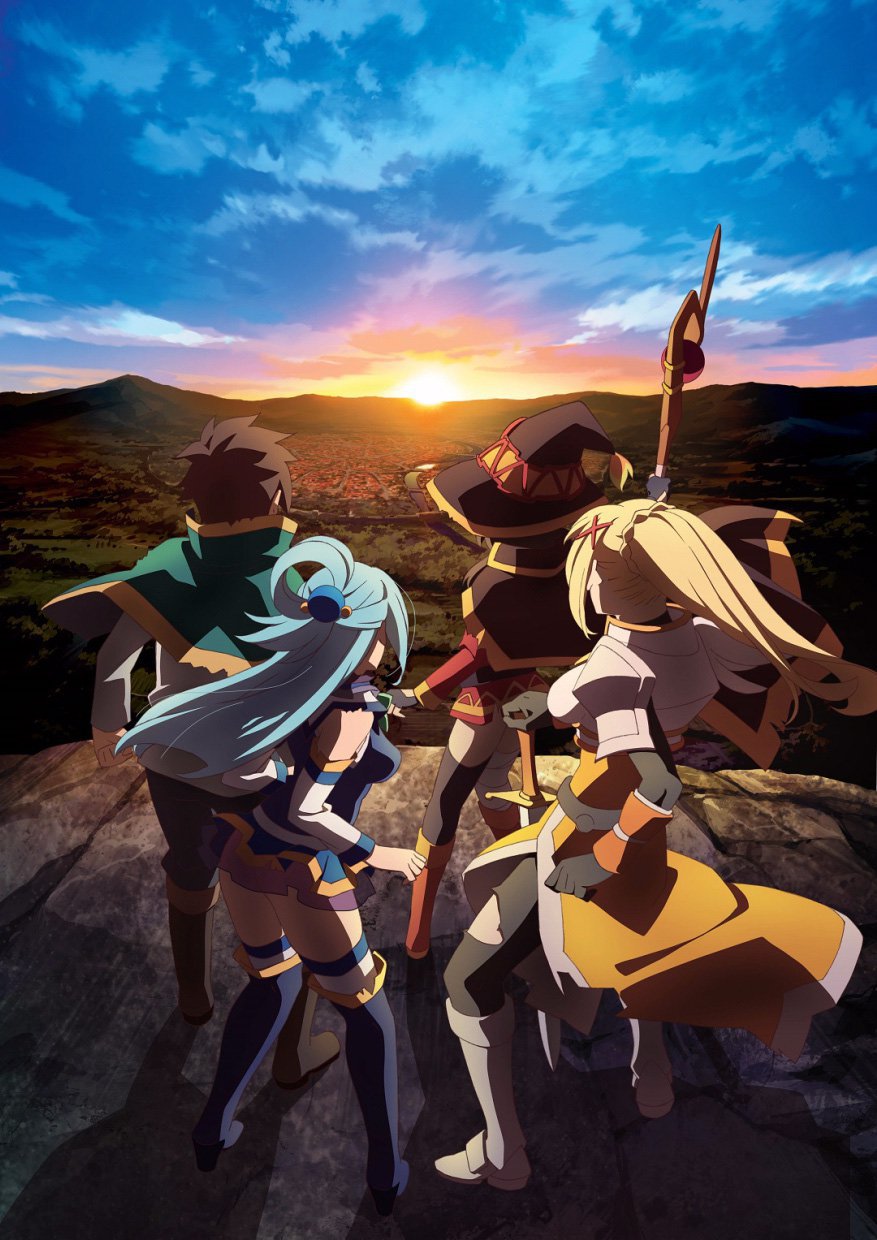 Here is the first promotional video for the second season:

The main cast of the first KonoSuba season will return in the second:

The production staff of the anime also returns:

Machico will return to perform the Opening theme song as will the leading female cast (Amamiya, Takahashi, and Kayano) returning for the Ending theme. 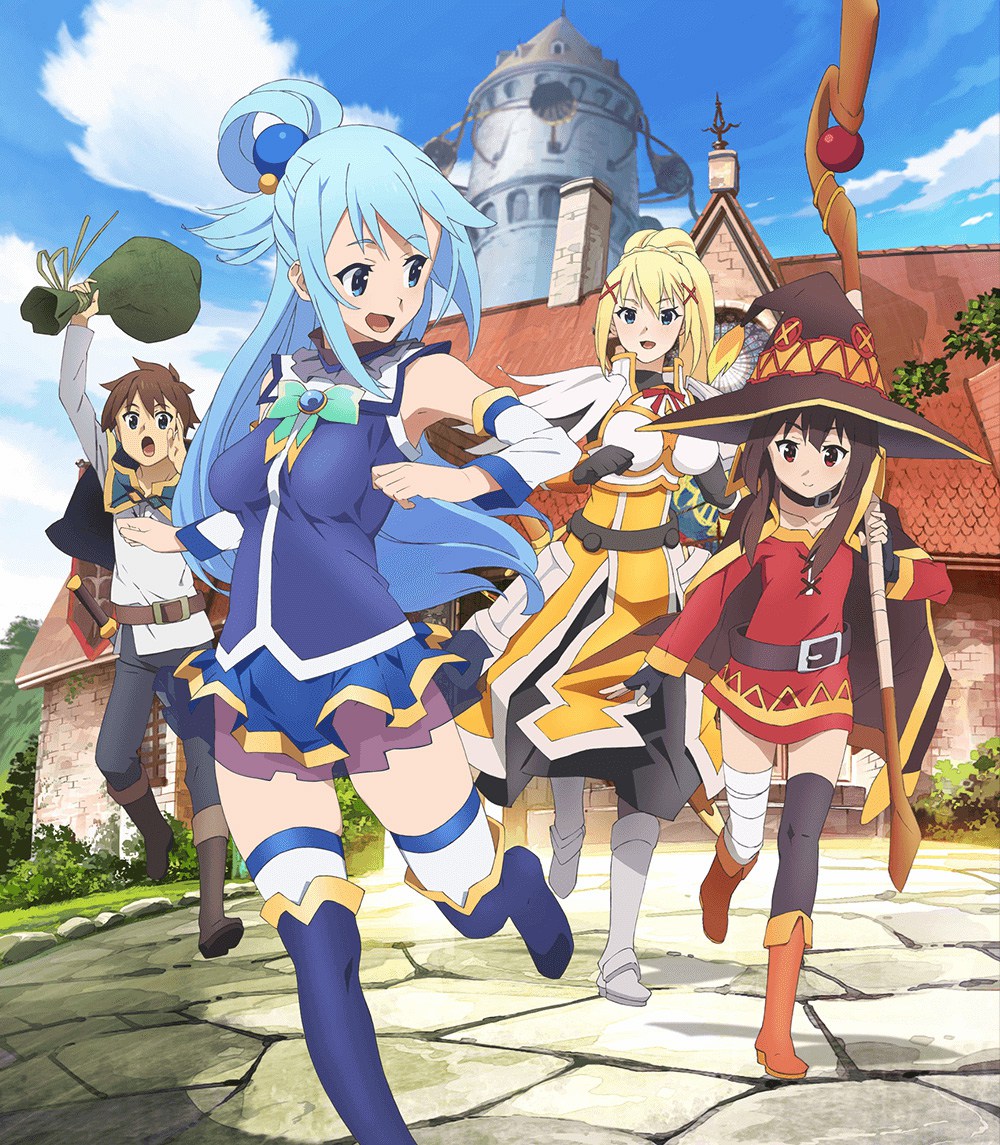 The second season of the Kono Subarashii Sekai ni Shukufuku wo! anime will begin airing on Wednesday, January11th 2017 on Tokyo MX, during the Winter 2016/2017 anime season. Further information about the anime will be revealed at a later date.