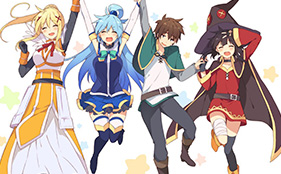 A second season of the anime adaptation of Natsume Akatsuki and Kurone Mishima’s Kono Subarashii Sekai ni Shukufuku wo! (Give Blessings to This Wonderful World!) light novel series has been announced following the conclusion of the TV anime on Thursday. Kurone Mishima, the illustrator of the light novels, posted a congratulatory drawing on Twitter following the announcement. 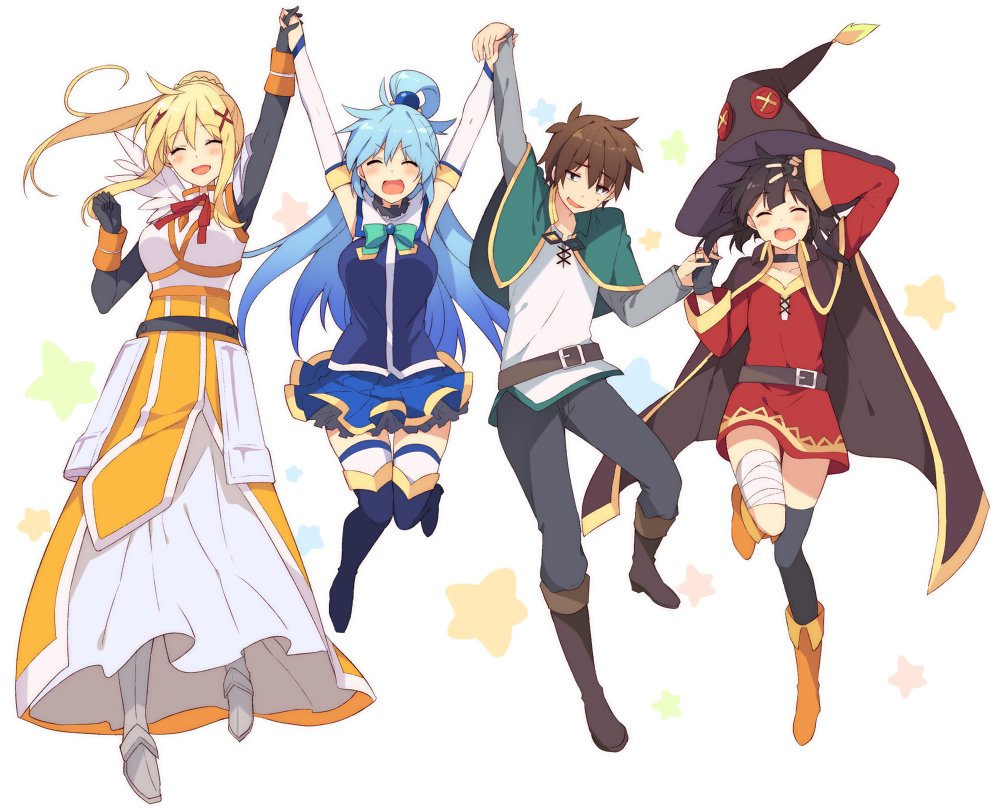 In addition to this, it has been revealed that the sales Natsume Akatsuki and Kurone Mishima’s Kono Subarashii Sekai ni Shukufuku wo! (Give Blessings to This Wonderful World!) light novel series has increased three times in nine months after the production of its TV anime adaptation was announced in May 2015. The adaptation is animated by Studio DEEN and has been airing since January 2016.

Before the announcement, the novel series released eight volumes (including spin-off) and its total print run was 400,000 copies, 50,000 per volume. Then the sales started growing rapidly, reaching one million print run with 10 volumes by the end of 2015. As of now, the 11-volume series has a total of 1.5 million copies in print, each volume has 136,000 copies.

Kadokawa began streaming a 15-second commercial for the OVA that will be included in the ninth limited edition of Natsume Akatsuki and Kurone Mishima’s Kono Subarashii Sekai ni Shukufuku wo! (Give Blessings to This Wonderful World!) light novel series. The video reveals that Aki Toyosaki (Momo Belia Deviluke from To LOVE-Ru Darkness) will play the character Yunyun in the episode and previews the opening theme “fantastic dreamer” by Machico. Yunyun will not appear in the TV anime series.

In related news the girls from the series have been featured as a poster in the April 2016 issueof Megami. You can purchase this issue here (get 5% off with coupon code MOE-N3Y-4YW0QK).