This year’s 30th issue of Shueisha’s Weekly Shonen Jump magazine will be revealing on Monday that a limited edition of the ninth and final DVD and Blu-ray Disc for the 3rd season of the Kuroko no Basket television anime series will include an OVA episode. The “75.5th Quarter” episode, which is titled “Saikou no Present Desu” (It’s the Best Present), will ship on December 24. 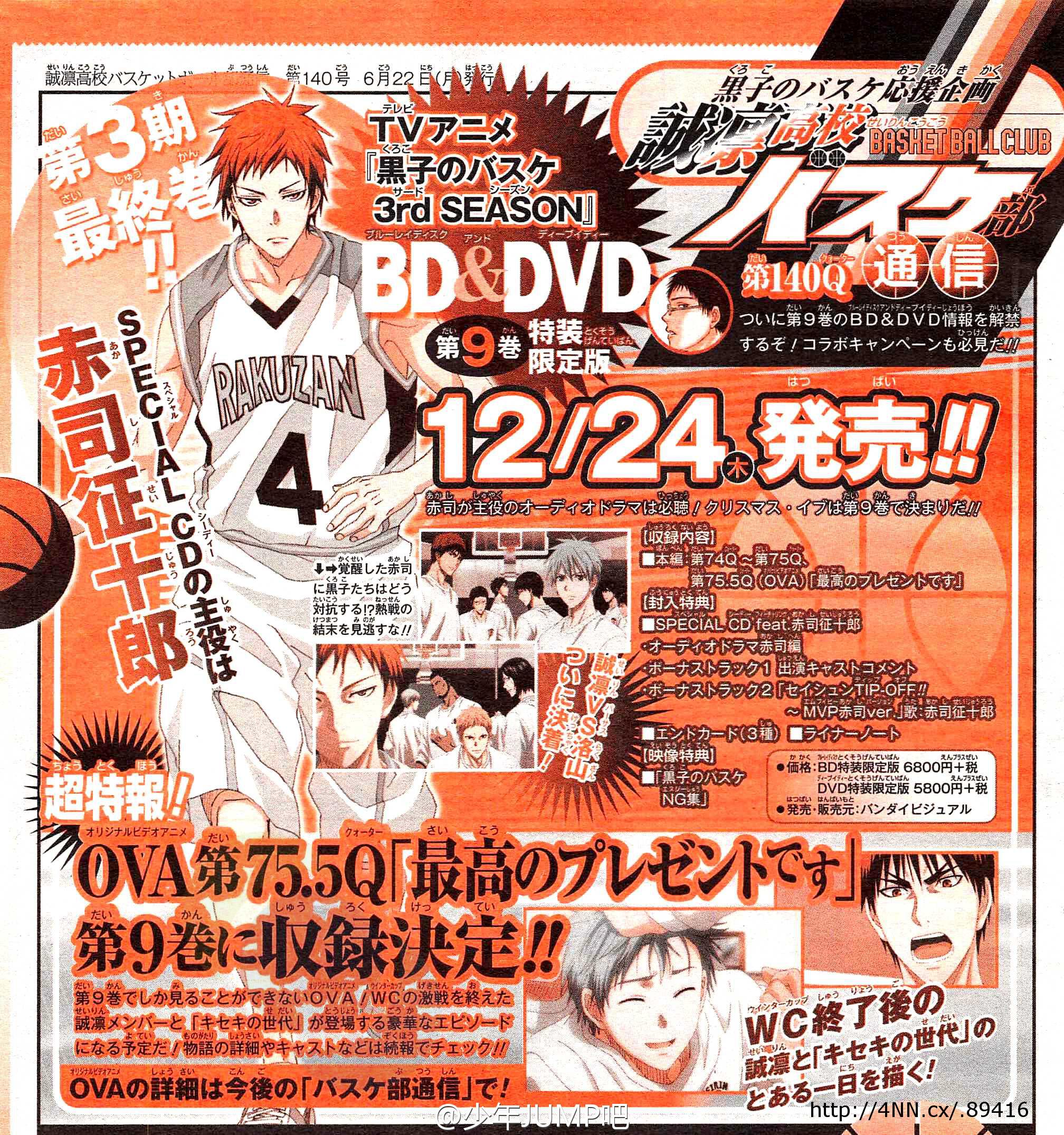 Kuroko no Basket, is a Japanese sports manga series written and illustrated by Tadatoshi Fujimaki. The English rendering The Basketball Which Kuroko Plays also appears in the artwork of the Japanese version. It was serialized in Weekly Shōnen Jump from December 2008 to September 2014, with the individual chapters collected into 30 tankobon volumes by Shueisha. It tells the story of a high school basketball team trying to make it to the national tournament.