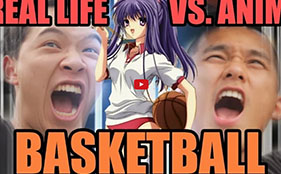 In this Kuroko no Basket inspired video we get to see the differences between playing basketball in real life and in anime.

If this video has made you want to watch more Kuroko no Basket, good news, the 3rd season release date and visual were recently revealed.