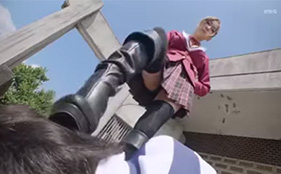 A new visual of the series has been featured in the September issue of NyanType, the poster features Hana Midorikawa, Mari Kurihara and Meiko Shiraki in prison-themed underwear. You can view the other posters that come in this issue here.