After the end of the 2008 Shounen-Ai anime, Junjou Romantica, the love story of Misaki Takahashi and Akihiko Usami returns for it’s long awaited third season with an announcement from the official site revealing the release date. The anime is set to premiere in July of this year after the excitement of the announcement last year. Junjou Romantica season three has been confirmed for the returning voice talents of Takahiro Sakurai and Hikaru Hanada as the two leads, Misaki and Usagi along with the main staff that produced the 2008 anime. 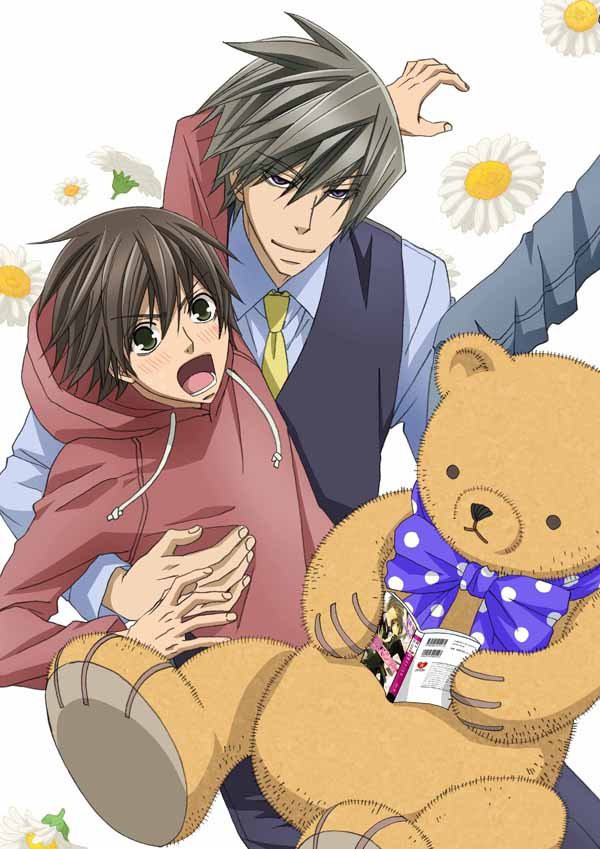 Along with the release date announcement, STUDIO DEEN disclosed the release of a Blu-Ray box that includes all 24 episodes of the previous two seasons of the anime, including the original videos and the 10th anniversary videos from 2012. The box set is set to ship out on June 26th of this year.

Three very different couples caught up in a storm of pure romance!

Romantica: Misaki is struggling to prepare for his college entrance exams, so his brother arranges for a private tutor. But Misaki’s nightmare is just beginning when his tutor, Usami, comes on to him! How will Misaki ever manage to pass his exam? And why does he feel so mysteriously drawn to Usami?

Egoist: Just when Kamijou’s life is at its lowest, he has a chance meeting with a man who never lets anything hold him back: Nowaki. His name means “typhoon,” and he’s about to take Kamijou on a whirlwind ride that will turn everything upside-down.

Terrorist: Miyagi always seems to shrug off the cares of the world with a joke and a smile, but even he has problems, although he doesn’t let them show. Foremost is Shinobu, a relentless young man who’s adamant that they’re destined to be together.