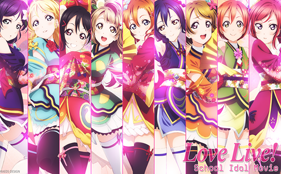 Box Office Mojo reports that the Love Live! The School Idol Movie earned 115,840 USD on 28 theaters in the United States. It premiered at the Downtown Independent in Los Angeles on September 11, and then played in other theaters throughout the country.

NIS America had announced earlier this month that the film will recieve Canadian screenings in early 2016. The movie was also shown in Australia, New Zealand, Taiwan, Hong Kong, South Korea, Thailand, Malaysia, the Philippines, Singapore, Vietnam, and Brunei, and Indonesia.