A luxurious visual of the anime adapation of Fumiaki Maruto’s popular comedy light novel series Saenai Heroine no Sodatekata has been featured as a poster in the September issue of Megami. This issue can be purchased here and you can view the other posters that come in this issue here. 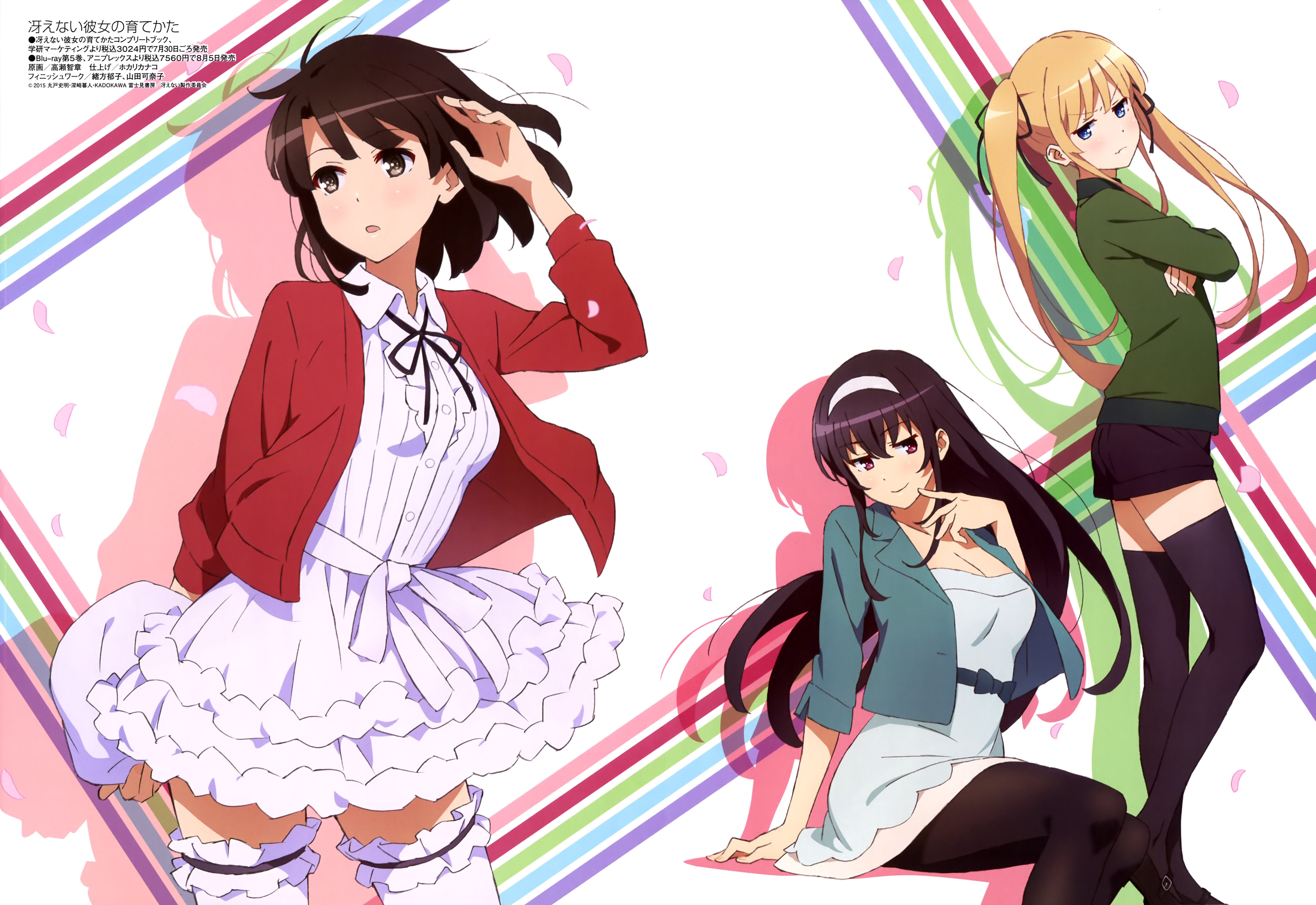 In addition to this, it was revealed earlier that  the TV anime adapation of Fumiaki Maruto’s popular comedy light novel series Saenai Heroine no Sodatekata has revealed that a sequel of the anime is currently in production. No further details about it have been revealed.

The announcement was made at a live event for the anime. The anime’s staff and cast were present at the event and made the announcement to the audience together.