A new idol-themed visual for the anime adaptation of Hiroshi Hiroyama’s Fate/kaleid liner Prisma☆Illya has been featured as a poster in the September issue of Megami. This issue can be purchased here and you can view the other posters that come in this issue here. 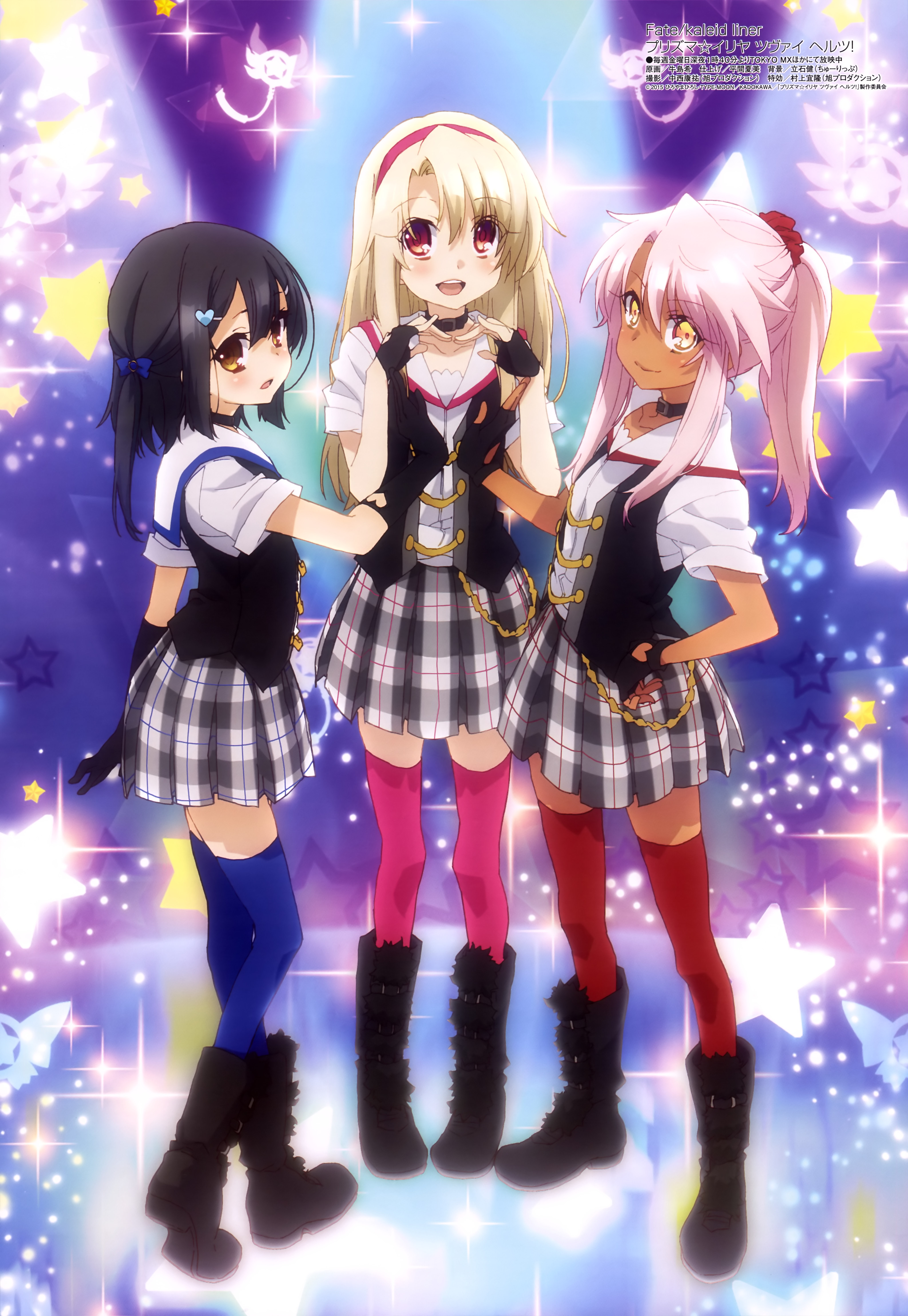 Another new visual of the girls was featured in the Comptiq magazine, the new new visual features Chloe von Einzbern, Miyu Edelfelt and Illyasviel von Einzbern. This issue of Comptiq can be purchased here.