Ever wanted to become a magical girl? All you needed was to make contract with Kyubey and receive a soul gem. Well you can now fasttrack your dreams as Premium Bandai Japan is now selling a set of soul gems from the third movie in Mahou Shoujo Madoka★Magica: Rebellion. Not only does it include the 5 soul gems from the TV anime, it also includes the two new gems from the movie itself. 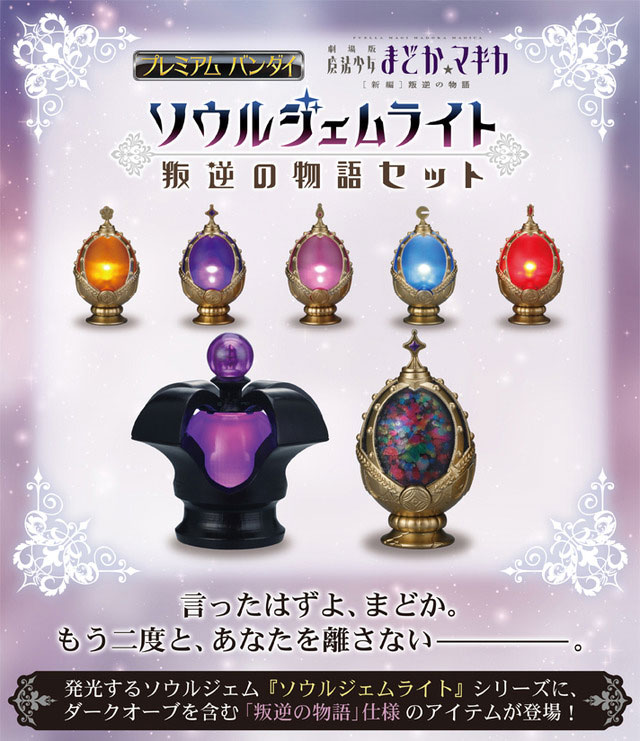 Soul Gems are the embodiment and soul of the magical girl from the Madoka anime. If the gem is too far away from their body they collapse. It is intended to be a safety precaution from Kyubey since the soul gem is much tougher than the human body. Each of the girls have their own unique soul gem, but each time they use their magical powers the gem becomes tainted. To remove the taint they need a grief seed from a Witch.

Premium Bandai are selling limited edition Mahou Shoujo Madoka★Magica: Rebellion soul gems, which includes the 5 from the anime and the 2 from the Rebellion film. The soul gems are initially dim and have a built in LED light that glows. The soul gems are made with Acrylonitrile butadiene styrene (ABS) and Polyvinyl Chloride (PVC). 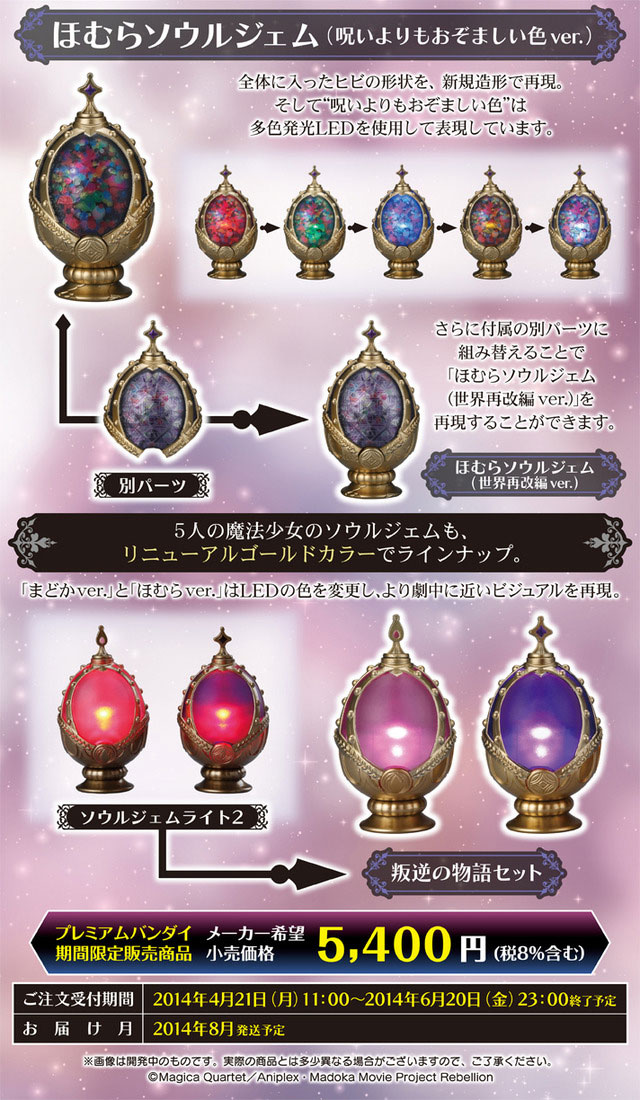 The 5 soul gems are of the main characters from the TV anime. The 2 new soul gems from the film are: 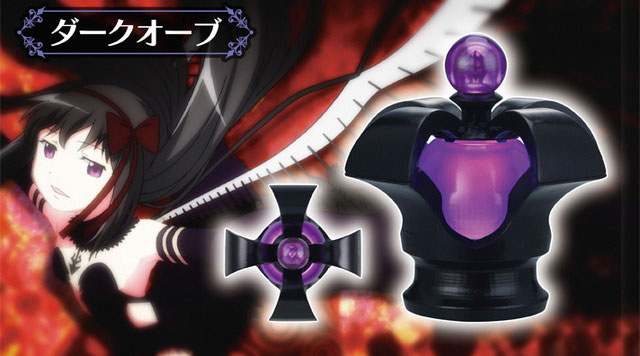 The soul gems are available for pre-order from the official Premium Bandai store. The release starts today and ends on June 20th. The soul gems costs ¥5,400 (~$54 USD) for the entire set. The products will begin shipping in August.

Mahou Shoujo Madoka☆Magica (Puella Magi Madoka Magica) is an original anime series that aired in 2011. The series was produced by Shaft, and was directed by Akiyuki Shinbo (Monogatari). The series was written by Gen Urobuchi and the character designs from Ume Aoki and Takahiro Kishida. The series received great reception breaking Blu ray sale records, with the franchise has grossed over 40 billion yen. The series was also live streamed on Niconico where over 1 million people watched the series. In addition to the TV series, a trilogy of movies were released. The first two recapped the story and the final movie, Rebellion, had an original story.

To reiterate: the limited edition soul gems are available for purchase from today (April 21st) till June 20th. A set of the gems costs ¥5,400 (~$54 USD) and will start shipping in August.