During AnimeJapan, it has been revealed on the Ultra Super Pictures Special Stage that a second season of the Miss Monochrome TV anime has been green lit. The anime itself will be airing from July 3rd at 11:00pm JST on Tokyo MX under the event’s Summer anime block. It has also revealed that the first season’s main cast and staff will be returning to produce the second season. 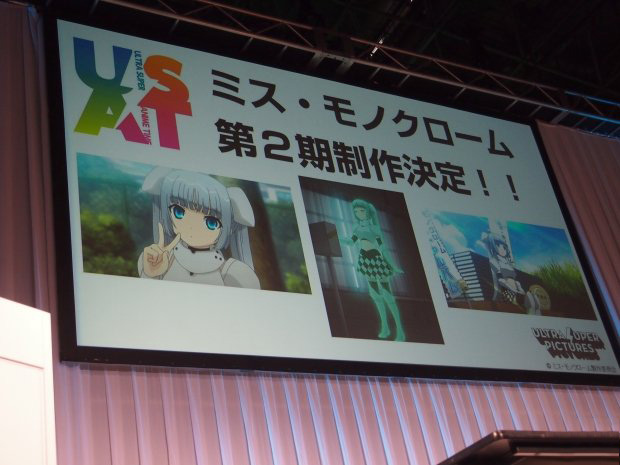 The main staff of the first anime will also return from the first series:

Miss Monochrome is an original character that was created by Japanese voice actress Yui Horie (Tsubasa Hanekawa from Bakemonogatari) , which first appeared at her 2012 concert Yui Horie o Meguru Boken III ~Secret Mission Tour~. Since its creation, an anime adaptation based on the character was produced in late 2013 by Liden Films (Terraformars, Senyuu) and Sanzigen Animation Studio (Arpeggio of Blue Steel, Black Rock Shooter), which was directed by Yoshiaki Iwasaki (Hayate no Gotoku!, Zero no Tsukaima). A manga adaptation of the anime was also produced that began publication last year.

The original story follows Miss Monochrome, an android girl that decides she “wants more than ever before!” In order to achieve that desire, she puts her plan into motion to become the hottest idol. Usually the type to run around in circles, Miss Monochrome scrambles to make it in the idol industry. 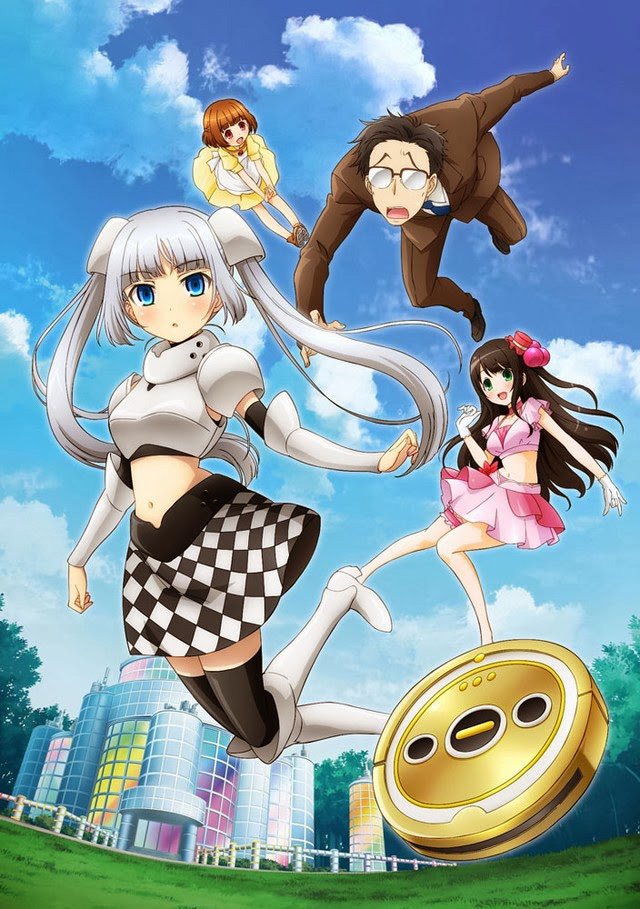 The second season of Miss Monochrome: The Animation will be airing from July 3rd on Tokyo MX at 11:00pm JST during the Summer 2015 anime season. Further information about the anime will be revealed soon.