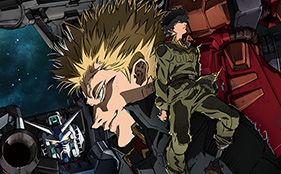 In addition to this, a 90-second promotional video for the first episode was recently revealed.