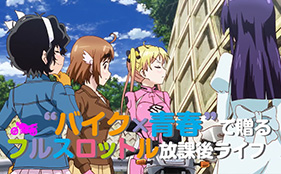 The official website for the upcoming anime adaptation of Mimana Orimoto’s Bakuon!! manga series began streaming the first trailer video on Monday. The series is scheduled for April.