Skip to content
On February 9, 2015 by Hamza "Tomoki" Khattak 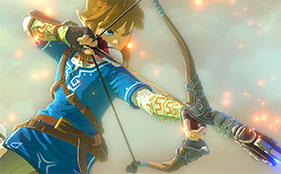 This past week popular movie/show streaming service Netflix has been said to be developing a Legend of Zelda live action series. The tone of the proposed series has been compared with Game of Thrones, albeit a family friendly version. Being one of the most popular Nintendo franchises – with over 20 games as well as an upcoming Majora’s Mask remake for the 3DS next week and a new title on the Wii U later this year – this has sparked a huge controversy among the fanbase, many who look forward to it while other condemn the idea of it.

With a talking Link in the recent Hyrule Warriors for the Wii U, who knows if our protagonist will be a vocal one in this series? In terms of casting choices, much is to be debated. Being a high fantasy setting, the use of Western actors doesn’t seem like a horrible move, but the series was developed in Japan.

As of now all of this is up in the air as Netflix has released no official statement and the entire thing is unconfirmed. But if it were true, it would certainly be something to look forward to. How would you like a Legend of Zelda live action series? I personally would be more comfortable with the idea of an animated or CGI series (if they absolutely had to make one) but though ambitious, it might be interesting to have a live action one!

Let us know your thoughts in the comment section below – in the mean time, Tomoki; Hero of the Internet, signing out!