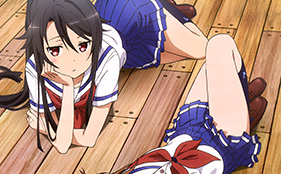 A new visual for the upcoming original anime HaiFuri has been featured as a poster in the April 2016 issue of Megami. You can purchase this issue here (get 5% off with coupon code MOE-N3Y-4YW0QK) and you can view the other posters included in this issue here. 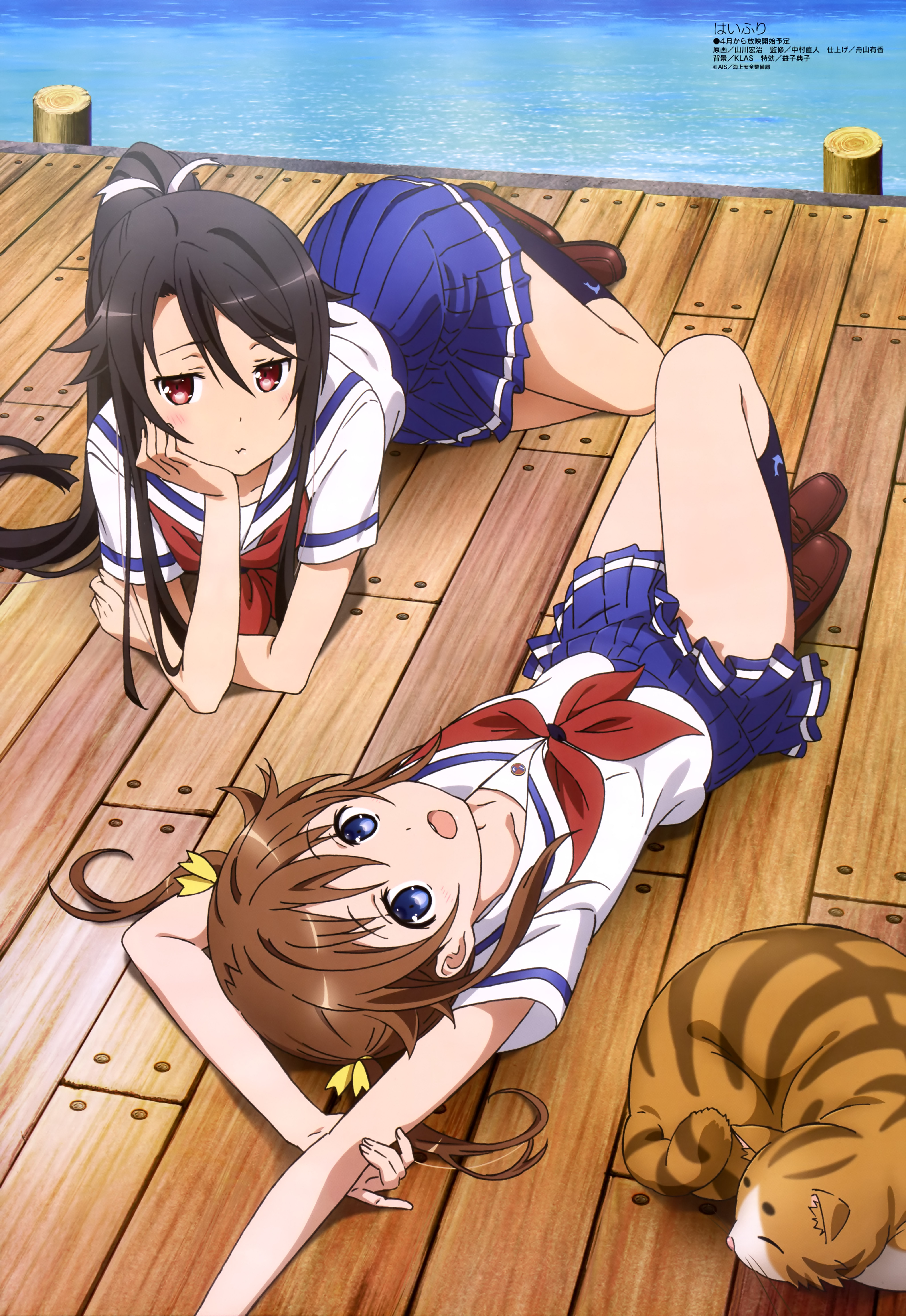 In related news it was recently revealed that the TV series will begin its debut on the midnight of April 9th/10th. The HaiFuri anime will air its first episode on BS11, Tokyo MX, Tochigi TV and Gunma TV this April on the midnight JST of the 9th (Saturday)/10th (Sunday). The anime will also air on KBS Kyoto on the 12th/13th at midnight, and on Sun TV on the 13th at 12:30am JST.

In addition, the website has also revealed the main theme songs of the series. The Opening theme will be “High Free Spirits” sung by the trio TrySail and the Ending theme will be “Ripple Effect” by Luna Haruna.

Here is the cover of the series’ first character song:

The main characters of the anime have also been revealed with the cast yet to be revealed, alongside their original character designs by Atto: